Robert J. Sampson is the Henry Ford II Professor of the Social Sciences at Harvard University and Founding Director of the Boston Area Research Initiative. He taught at the University of Chicago before joining the Harvard faculty in 2003. Former President of the American Society of Criminology, he is an elected member of the National Academy of Sciences, the American Academy of Arts and Sciences, the American Philosophical Society, and a Corresponding Fellow of the British Academy. In 2011, he received the Stockholm Prize in Criminology. Professor Sampson’s research focuses on crime, urban inequality, the life course, neighborhood effects, civic engagement, and the social structure of the contemporary city. His most recent book is Great American City: Chicago and the Enduring Neighborhood Effect. 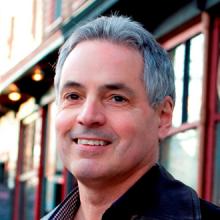 Is Lead Exposure a Form of Housing Inequality?