Alix Winter is a Postdoctoral Research Scholar working on INCITE’s Understanding Autism project. She received her PhD in Sociology and Social Policy from Harvard University, where she was a fellow in... 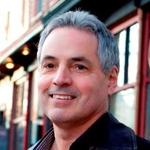 Robert J. Sampson is the Henry Ford II Professor of the Social Sciences at Harvard University and Founding Director of the Boston Area Research Initiative. He taught at the University of Chicago...

Is Lead Exposure a Form of Housing Inequality?

The primary sources of contemporary lead exposure are chipping paint, water pipes, and lead remaining in soil from gasoline exhaust and smelting plants. Household lead paint was banned in 1978, but old lead paint remains in millions of American homes. When lead paint peels and turns to dust, children can inhale and ingest it.

As we discussed in an Annual Review of Sociology article that that we co-authored with Christopher Muller, the continued presence of lead in homes is a result of a weak regulatory environment in combination with residential segregation, concentrated poverty, discrimination in housing markets, and neighborhood disinvestment. Indeed, regulators and inspectors are charged with developing and enforcing safe building codes, and, for rental properties, landlords are tasked with meeting these standards of environmental safety, including lead abatement. If these safeguards fail, tenants have a limited array of options for removing lead from their homes. And they are more likely to fail in neighborhoods of concentrated disadvantage, where low-income families often lack the power and resources to remove lead from their homes, or to move away when they cannot.

As a result of these social and political processes, researchers have consistently documented wide racial and class inequalities in exposure to lead. Our own research focused on the city of Chicago. Drawing on over one million blood tests administered to children from 1995 to 2013, matched to over 2,300 geographic block groups, we found that predominantly black neighborhoods consistently exhibit the highest prevalence rates of elevated blood lead levels, while predominantly white neighborhoods consistently exhibit the lowest prevalence rates. The prevalence rates of predominantly Hispanic neighborhoods are in between. These disparities were especially large at the beginning of the period we studied, with rates in 1995 topping 90 percent of the child population in some black and Hispanic neighborhoods. Between 1995 and 2013, neighborhood prevalence rates of elevated blood lead levels fell substantially, and the racial disparities shrank considerably but did not disappear. Neighborhood socioeconomic composition accounts for part of the relationship between racial composition and prevalence rates of elevated blood lead levels but does not fully account for it. Another portion of the relationship is accounted for by neighborhoods’ physical housing environments, which we capture with two measures: the percentage of housing structures built before 1950, when paint included higher lead levels than are considered safe today, and the percentage of vacant housing units.

The Consequences of Lead Exposure

Lead exposure is most harmful to young children, who absorb lead more efficiently and are more sensitive to toxicants than older children or adults. Lead’s effects stem in part from its ability to mimic or compete with calcium in the body and damage the central nervous system, impairing brain development and neurotransmitter systems. The Centers for Disease Control and Prevention has declared that no level of lead exposure is safe and recommends that children should be monitored if a blood test reveals at or above 5 mg/dL of lead.

Funded in part by the Joint Center for Housing Studies’ Student Research Support Program, our follow-up research in Chicago provided further evidence of childhood lead exposure’s consequences in adolescence across a variety of domains. As we documented in articles that appeared in the American Journal of Public Health and in Criminology, we followed a random sample of birth cohort members from the Project on Human Development in Chicago Neighborhoods, recruited in 1995 to 1997, to age 17 years and also obtained their childhood blood test results from the Department of Public Health as well as their official criminal justice system records. Using multiple analytic strategies that make different assumptions, and after adjustment for relevant individual, household, and neighborhood characteristics, we revealed a plausibly causal effect of childhood lead exposure on impulsivity, anxiety or depression, delinquent behavior, and body mass index in adolescence. We did not, however, find a direct link between childhood lead exposure and arrests. Overall, our results, along with those of many others, show that childhood lead exposure is a trigger for poisoned development that undermines adolescent well-being.

Given lead exposure’s negative consequences, researchers should devote increased attention to how exposure to lead – and inequality in exposure to lead – is sustained and how it might be eliminated. For example, why do city-level lead paint regulations vary so dramatically? How do landlords justify maintaining lead paint in their properties? And how do these processes impact the abilities of families with children to find housing?

Meanwhile, policymakers should pay increased attention to racial and class inequalities in housing conditions in the US, increase efforts at lead abatement in our most high-risk communities, and enhance monitoring of the link between social inequalities and lead exposure. Chicago’s declines in lead poisoning since the mid 1990s reflect the success of public lead reduction efforts, including rigorous testing, lead-based paint abatement of homes and other locations where children spend considerable time, and improvements in nutritional status among children. A universal program, these efforts in Chicago disproportionately benefited minority neighborhoods, where lead levels had been particularly toxic. Other scholars have shown that a program in Rhode Island requiring landlords to mitigate lead hazards in their properties later led to improved test scores for children who lived in those units and that CDC-recommended interventions largely eliminated the negative effects of lead exposure on school suspensions and arrests in Charlotte, NC.

In short, lead exposure in homes is a mechanism through which racial and class inequalities are maintained, but it is a mechanism that is responsive to interventions from public policy and regulation.