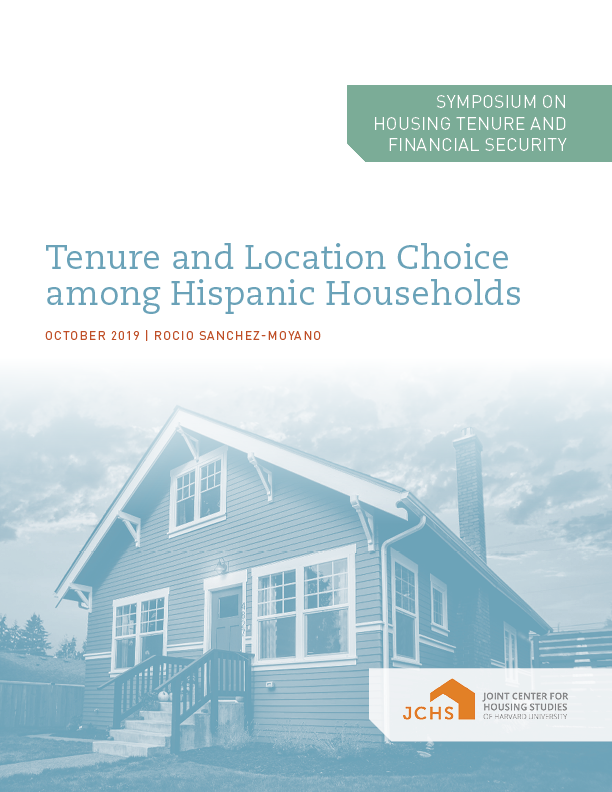 Persistently large gaps in homeownership between whites and Hispanics are a major contributor to wealth inequality. This article considers whether Hispanics and whites are becoming homeowners in different types of neighborhoods, introducing an understudied potential driver of homeownership and wealth inequality. Specifically, this study models the determinants of joint tenure and location choice for Hispanic and white households. This study finds that the Hispanic-white homeownership gap is predominantly a suburban gap and that traditional drivers of suburban homeownership are less strong for Hispanic families. These results suggest lingering barriers to homeownership among Hispanic families and that further research is needed to observe the impact of differing residential location on wealth-building and other homeownership outcomes.