Exit from Homeownership by Low-Income Households 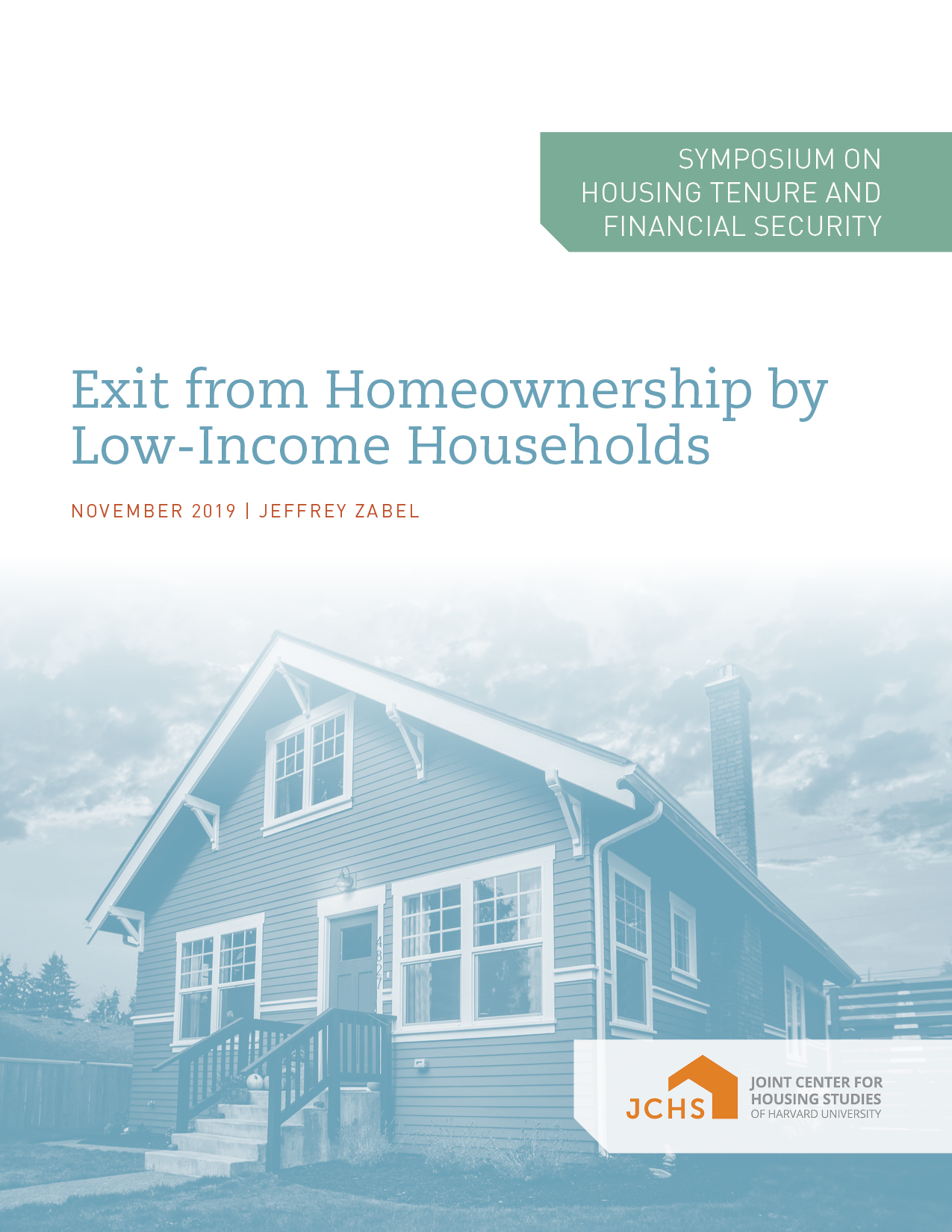 One of the justifications for federal involvement in the homeownership market is that it provides one of the few ways that low-income households can accumulate wealth. But this did not happen over the past couple of decades (Wainer and Zabel 2019). This paper explores one explanation for this outcome, the relatively high likelihood of a change in tenure from owning to renting that was brought upon by the recent downturn in the housing market the precipitated the Great Recession. This problem was particularly relevant for low-income households that stretched their financial limits to take out a mortgage to purchase a home and who were more at risk of suffering a financial setback due to job loss, bad health condition, or family dissolution, particularly in economic downturns like the Great Recession. I investigate these reasons and others for the exit from homeownership for low-income households using the 1999-2015 waves of the PSID to estimate a model of homeownership exit.

It is found that a decline in real income and real wealth (both home equity and non-home equity wealth) is an important determinant of low-income homeowner exit. This is likely due to their relatively low level of wealth that allows them to cover their mortgage payments. The results provide little support the double trigger hypothesis such that a loss of income in conjunction with a state of negative equity has a large and significant impact on the transition to renting. Surprisingly, neither initial house price growth nor neighborhood quality is related to a lower likelihood of homeowner exit.