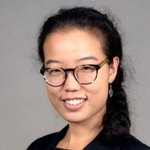 Erica Vilay is a 2020 graduate of the Master in Public Policy program at the Harvard Kennedy School. 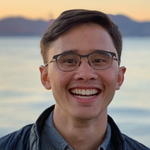 Phil Pollman is a 2020 graduate of the Master in Public Policy program at the Harvard Kennedy School.

The city of Houston could better protect and aid the approximately 18,000 people who live in the city’s repeated flood prone areas if it created an integrated home buyout program, we argue in a paper that was recently awarded the Center’s annual prize for the best student paper on housing.

Floodway Buyout Strategy for a Resilient Houston: A Systems Approach to Breaking the Dangerous and Expensive Cycle of Rebuilding in the Floodway, was our Policy Analysis Exercise (PAE), the Harvard Kennedy School’s equivalent of a master’s thesis. Prepared for the City of Houston’s Offices of Resiliency and Recovery, our PAE focuses on how the city can achieve one key goal of its larger Resilient Houston plan, using an integrated buyout strategy to clear the city’s floodway of all habitable structures by 2030.

An estimated 18,000 Houstonians live in the floodway, the collective term for the areas adjacent to Houston’s 23 bayous. These areas are consistently flooded and residents who live there are exposed to increasingly dangerous conditions because Houston, already the most flooded city in the United States, is increasingly experiencing extreme weather events. Most notably, in 2017 Hurricane Harvey left one-third of Houston underwater, resulting in the death of 68 people and roughly $130 billion in damages to homes and other buildings statewide. Including that storm, Houston has experienced six federally declared flooding disasters in the last five years (including three 500-year storms in three years).

In the past, the property owners and developers rebuilt properties in flood-prone areas, but in the Resilient Houston plan, the city embraced the strategy of breaking the cycle of rebuilding in the floodway. Instead, the plan called for Houston to rapidly expand their buyout program whereby the local government purchases and demolishes privately-owned properties in the floodway.

Because buyouts permanently relocate families to less flood-prone areas, the residents are safer and the costs are significantly less than rebuilding over and over. In addition, with advance coordinated planning, an effective buyout program can be a powerful tool for achieving the larger social, economic, and resilience goals, such as those laid out in the Resilient Houston plan.

However, achieving these ambitious goals will be challenging. To begin with, buyout programs are administratively burdensome and are notoriously slow-moving due to the multiple levels of government involved. For example, it takes homeowners 18 months or more to close on their home and, at the current pace of its siloed buyout programs, it would take about 60 years to buy out all of Houston’s identified floodway properties. In addition, buyout programs have often failed to recognize that even though they are living in unsafe and expensive living conditions, each family may have good reasons to stay in the floodway, such as deep historical ties to the community. Lastly, any buyout program is politically complex because there is a long history in the US of using relocation and development to displace and consolidate non-white communities. Houston is no exception, as buyouts throughout Harris County have not always been evenly targeted.

Our PAE includes 13 recommendations that we believe would address these issues and help Houston move from an opportunistic buyout program happening at multiple agencies to an integrated and scaled-up program. Each recommendation builds upon the city’s current competencies and each is supported by case studies from around the US, such as the massive buyout program conducted by the New York Rising Buyout Program following Superstorm Sandy in November 2012.

The recommended actions are sequenced by the first six months (Governance), months six through eighteen (Programs), and the following twelve months (Policy Reform). Specific recommendations include developing a prioritization strategy for acquisitions, giving incentives for neighbors to be bought out together, and restricting future development in vulnerable areas. To see how this would work in practice, we also mapped out how the plan might work in one part of the sprawling city, the Greenspoint Neighborhood in North Houston. We conclude that the approaches we recommend can help officials and leaders in Houston (as well as in other locales) respond to disasters in ways that will help create a more equitable and prosperous future for all of their communities’ residents.