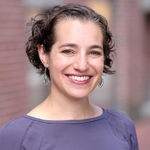 Samara Scheckler is a Research Associate working on projects related to community-based aging. She researches best practices to maximize health, independence, and quality of life for people with a...

Is There a Relationship Between Regional Unemployment Rates and Older Adult Housing Stability?

Though recessions are known to impact the health of older adults and the housing stability of younger adults, the relationship between the macro-economy and older adult housing is not well understood. In “Household Composition Under Strain: Regional Unemployment Rates and the Older American Housing Decision,” which was recently published in The Journal of Aging & Social Policy, I used data from American Community Survey to demonstrate that, under the strain of higher regional unemployment, older adult housing arrangements show signs of increased insecurity.

Though the connection between retirees and employment rates may not be immediately clear, there are a few ways unemployment rates might affect older adult housing stability. First, family and friends living nearby become more likely to lose their jobs, and this leverages new pressures. Family and friends may need to travel farther for work, work longer hours, or need more household members to earn income to make ends meet. In turn, these pressures could limit their availability to provide informal support to older adults through trips to the pharmacy or grocery store, through food preparation, or through assistance with other personal care, housekeeping, or home maintenance tasks. Second, income pressures might reduce the ability of family members to financially assist older adults who live on a limited budget. Finally, high regional rates of unemployment can burden public and community systems as more families turn to nonprofits and government resources for support. This might overextend senior centers, adult day services, nutrition supports, and other key resources that many older adults rely on.

With an average age of 73, older adults who were married or living with a partner were the youngest of the three types of households and they were also the healthiest. Less than a quarter of these residents reported a difficulty as compared with 37 percent of those living alone. Residents who were married or living with a partner were also less likely to have a low income and more likely to own their home. As regional unemployment rates increased, older adults with a difficulty were less likely to live with a partner, while older adults without a difficulty were more likely to live in a partnered household. The divergence of impacts by health status suggests that it may become harder for partners coping with health decline to continue to live together when their home is located in an area with lower rates of employment.

While this data predates the outbreak of COVID-19, it contextualizes challenges that later emerged during the pandemic, when older adults, who were highly susceptible to the disease, had to cope with sudden and profound changes to their support networks and resource systems. Indeed, the pandemic economy, characterized by high regional need for support and overextended public service systems, could threaten the housing stability of a huge swath of older Americans, particularly as pandemic benefits are retracted. My research suggests that the resilience of community-dwelling older adults depends, to some degree, on the stability of the regional resources and the local balance between need for support and capacity of support providers. As the pandemic emergency safety net is rolled back, we need to be particularly attentive to older adult welfare. If the capacity of regional service systems does not meet regional need, older adult housing instability may increase.