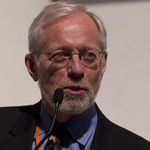 James Stockard, an expert in affordable housing and community development, retired in 2014 from the role of curator of the Loeb Fellowship, which he held for 16 years. As a principal for over 25 years... 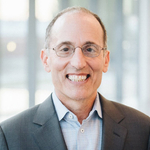 Ben Hecht is the President and CEO of Living Cities, a collaborative of 18 of the world’s leading foundations and financial institutions who work together to boldly fight poverty in America’s cities...

Last spring, we decided to explore that question by having students in a new course at the Harvard Graduate School of Design develop strategic blueprints for how key officials in four very different cities – Austin, Louisville, Rochester, and Stockton – might solve the rental affordability crisis in the next ten years. Those cities’ mayors and their staff actively supported these efforts and welcomed the students’ ideas and insights. Together, we encouraged the students to challenge the many implicit orthodoxies in the affordable housing field and instead look for approaches outside of the established repertoire.

While the students did not solve the wicked problem of housing affordability, they did succeed in surfacing new ways of thinking about the problem and what can be done about it. Their final presentations and reports (which can be found by following these links: Austin, Louisville, Rochester, and Stockton) offered five promising insights and approaches:

Taken together, these ideas show that, while there may not be a proverbial silver bullet to solve this problem, there may be a cloud of silver buckshot that can help address it. Moreover, it’s clear that students want to dig into these issues and that many mayors and city officials are open to new ideas and perspectives. For our part, we are looking forward to engaging with four new cities next spring, when we’ll not only focus on affordability but explore how those cities might address the painful legacy of racism in housing. Such work, we hope, will help put us on a path towards ensuring that all Americans are affordably and decently housed in thriving and healthy communities.