Jennifer Molinsky is Project Director of the Housing an Aging Society Program and a Lecturer at the Graduate School of Design. As Project Director, Jennifer leads research exploring the housing...

Due to both population growth and soaring housing costs, the number of adults age 65 and over struggling to afford housing is growing. The number of cost-burdened older households – those spending more than 30 percent of their incomes on housing – dramatically increased between 2001 and 2016. And while many types of older households are cost burdened, the problem is particularly common among renters, the oldest households, and very-low income older households. 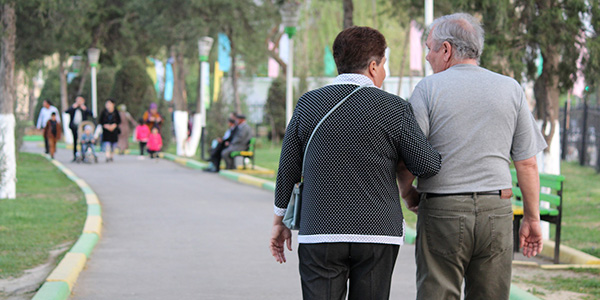 As a result of both income and rent changes in older age, severe housing cost burdens are more common among those in the oldest age group. While older adults generally have lower incomes than those of working age, incomes also continue to decline with age. According to data in the American Community Survey (ACS), while the median income in 2016 for homeowners aged 65-79 was $53,400, it was only $35,000 for those aged 80 and over. However, monthly housing costs for older homeowners also fell with age in 2016, decreasing from $726 for those 65-79 to $509 for those 80 and over, likely due to the higher rates of older owners who have paid off their mortgages. In contrast, renters tend to see their cost rise as they age. The median income for renters aged 65-79 was $23,600 in 2016, falling to $21,500 for those age 80 and over. Renters age 80 and over had median rents of $850, paying $50 more each month than those aged 65-79.

Cost burdens are particularly common among lower-income households, and the number of older households with very low incomes is growing rapidly. The Joint Center estimated in a previous report that if current income distributions hold, by 2035, the nation will have 7.6 million very low-income older households (making less than 50 percent of area median income), up from about 4 million households in 2015.

This growth is already visible in the rising numbers of older adults with worst case housing needs, defined by HUD as a very low-income household spending more than half of their income on housing and/or living in severely inadequate conditions. HUD’s latest Worst Case Housing Needs report found that the number of older adult households with worst case needs increased by 382,000 households in 2013–2015, reaching 1.9 million.

But at current funding levels, rental housing assistance is a limited resource. While 35 percent of all assisted households are older (with a household head or spouse age 62 or over, the age of eligibility for federal programs for older adults), only a third of very low-income older adult renters receive assistance. The lack of assistance is not unique to older households; indeed, only 25 percent of income-eligible families with children were assisted in 2015. These shares are both down from 2013, with the share of assisted older adults falling by 2.1 percentage points and the share of families with children down 1.4 percentage points.

As the older population grows, we can anticipate rising numbers of older adults with worst case housing needs. Continuing to serve just a third of those eligible for assistance will be challenging, and doing so will leave an increasing number without subsidies seeking housing on the private market. Yet redistributing limited resources to serve more older adults would be a disservice to other vulnerable households that are also growing in number and need, including those with children. Expanding the overall federal allocations for assistance is vital to ensure that all generations have access to affordable, adequate housing.