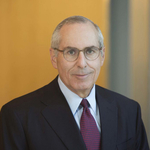 How Deep Is the GSE ‘Economic Moat’?

When policymakers focus on legislative reform of the GSEs, a core principle widely espoused is to increase competition, to get away from the Freddie Mac/Fannie Mae duopoly.

The Trump administration is firmly in this camp: the Presidential Memorandum dated March 27, 2019, in listing objectives for GSE reform, puts “facilitating competition” second only to ending the conservatorships as an objective, and thus is core to the just-released Housing Reform Plan from the US Treasury. Also, in its 2018 Report to Congress, dated June 2019, the new director of the Federal Housing Finance Agency (FHFA), the regulator (and also currently the conservator) of the two GSEs, asked Congress for authority to issue new charters “to promote competition” versus the “current duopoly.”

This view is held by more than Republican officials. A report this past August from the left-leaning Urban Institute discusses – in an approving tone – various issues related to reforms that can support an increased number of guarantors, noting how the recently-implemented single security is a start in that direction.

However, in my article “Why Is the Administration Not Talking About Utility-Style Regulation of G-fees?,” I referred to the barriers to entry to competing with the two major GSEs as being potentially insurmountable, or at the least very high. In popular business terms, used heavily in the technology industry lately, the GSEs therefore seem to have an extremely deep and wide “economic moat” around them, preventing potential competitors from successfully entering. Maybe so deep and wide, in fact, that it is not realistic to expect a new entrant to ever get through.

Clearly there is a major divergence of views here. One is that competitors successfully and materially entering the GSE space is highly unlikely; another is that increasing the number of guarantors should be at the core of housing finance reform policy. It therefore is important to explore in some detail the barriers to entry to determine just how significant, or even insurmountable, they are.

In my new paper, “How Deep is the GSE Economic Moat?” I do just that – analyzing the specifics of what I believe are the three largest barriers to competition with the two GSEs. One – scale – is common in many industries. The other two – related to the automated underwriting systems (AUS) used by lenders, and how investors behave in the market for GSE-issued mortgage-backed securities (MBS) – are specific to how housing finance works. Added up, the three seem to present a virtually insurmountable barrier to one or more new entrants being able to generate a reasonable profit to their shareholders; this in turn means there is little potential for a new entrant to be able to raise capital on reasonable terms in the large – billion dollars plus – size needed.

This analysis leads to the conclusion that the current policy emphasis on increasing competition is ill-advised. The alternative – to just admit that the two GSEs are federal public benefit corporations, with a given mandate, along with obligations, benefits, and restrictions – then comes into view as the practical alternative strategic vision to guide GSE reform, which will be explored in a follow-up article.