How Deep Is the ‘Economic Moat’ Around the Two GSEs? 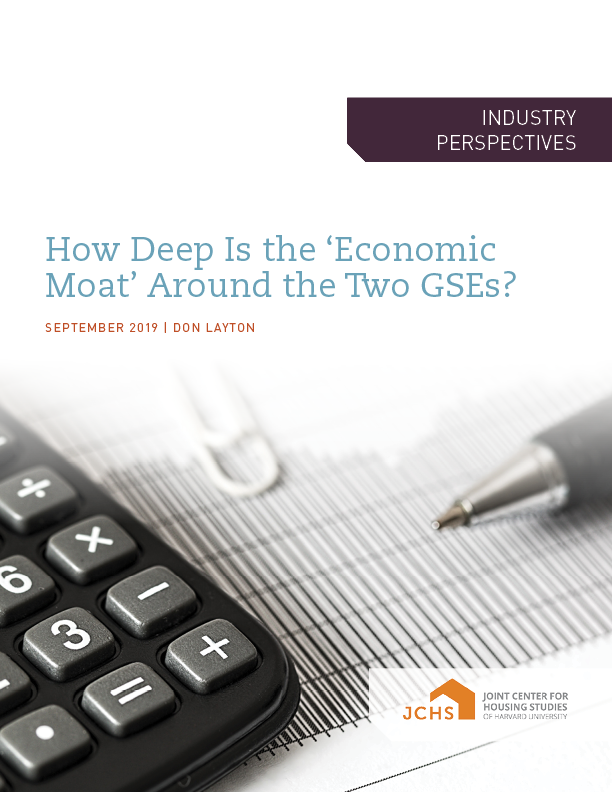 When policymakers focus on legislative reform of the two major government-sponsored enterprises (GSEs), a core principle widely espoused is to increase competition, to get away from the Freddie Mac/Fannie Mae duopoly – a view held by more than just Republican officials. But another view sees that the barriers to entry to competing with the two GSEs are perhaps insurmountable, or at least very high. In business terms, the GSEs therefore seem to have an extremely deep and wide “economic moat” around them, preventing additional potential competitors from successfully entering. It may be so deep and wide, in fact, that it is not realistic to expect a new entrant to ever get through.

Based upon his experience as CEO of Freddie Mac for seven years, Don Layton explains three major barriers to entry to competing with Freddie Mac and Fannie Mae that are important for policymakers to understand. He also addressed the question of “who gets to decide” if the economic moat is too deep – not officials or policy experts in Washington, but instead the financial community that will, ultimately, either invest the needed billions of dollars in such new entrants… or not.