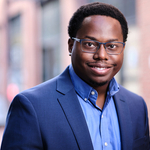 The largest difference in interest rates by income and race, however, were between homeowners with incomes from $30,000-$45,000 (Figure 1). Interest rates for Black homeowners in this category were the highest among all categories at 4.506 percent, while interest rates for white homeowners in the same income category was 4.213, a 29-basis point difference. Twenty-nine basis points can result in significant mortgage cost differences: an interest rate drop from 4.506 percent to 4.213 percent for a home at the US median home price in Q3 2020 of $324,900, with a 30-year fixed-rate FHA mortgage, a 3 percent downpayment ($9,747), and a $1,590 monthly payment results in $12,470 less in interest payments over the mortgage duration.

While many other factors affect interest rates including wealth, debt, credit score, downpayment, mortgage amount, and duration, Black homeowners have experienced systemic barriers to homeownership and wealth-building opportunities that have limited their ability to access credit, which is a key component in receiving low mortgage interest rates. Through redlining policies from 1933 to 1968, US banks denied Black Americans access to financial services and isolated Black populations in areas that would suffer lower levels of investment compared to their white counterparts. More recently, since the 2008 financial crisis, major banks and mortgage lenders have paid multi-million dollar settlements for mortgage discrimination claims, including that they charged Black and Hispanic homeowners higher interest rates than white homeowners with similar credit profiles. These realities of discrimination in mortgage markets have been major factors impeding Black households’ access to homeownership and favorable mortgage terms that help build wealth.

While refinancing a mortgage can lead to lower interest rates, barriers to refinancing also exist including loan-to-value (LTV) ratios, credit constraints, and closing costs. When a borrower applies to refinance their mortgage, the lender will reappraise the value of the home, which can lead to discriminatory outcomes and calculate the current LTV ratio. According to a 2017 Philadelphia Federal Reserve paper, homeowners with high LTV ratios can often be denied refinancing. Also, a lower credit score may reduce the likelihood that a lender will approve a refinance application, particularly since lenders have tightened credit standards in recent years. Additionally, refinancing closing costs are often 2-5 percent of the mortgage loan, averaging $5,749 in 2019, a substantial amount for many homeowners.

While additional studies are needed to identify the specific causes of Black-white interest rate disparities, widespread racial discrimination in mortgage markets has played a role. Though these findings predate the pandemic, they are particularly striking given that many new and existing homeowners have sought to take advantage of low interest rates during the pandemic to purchase homes or refinance their mortgage. This, in turn, is yet another reason to address the longstanding and continued history of discrimination in mortgage markets.