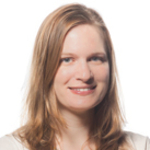 Ann Carpenter is director of policy and analytics, managing the applied research and policy efforts of the Community and Economic Development group at the Federal Reserve Bank of Atlanta. She... 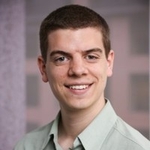 Taz George is a Senior Research Analyst in the community development and policy studies division in the economic research department at the Federal Reserve Bank of Chicago. He participated in the... 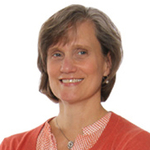 Lisa Nelson is a community development research manager in the Community Development Department of the Federal Reserve Bank of Cleveland. She participated in the Symposium on Housing Tenure and...

Exploring a Decade of Contract for Deed Sales in the Midwest

Contract for deed home sales, a once-notorious practice that seemingly faded into obscurity in the 1970s, have gained greater attention in the wake of the foreclosure crisis. In The American Dream or Just an Illusion? Understanding Land Contract Trends in the Midwest Pre- and Post-Crisis, a new working paper initially presented at the JCHS Symposium on Housing Tenure and Financial Security, we find that – at least in six states where data is available – this approach is particularly common in lower-income neighborhoods with higher vacancy rates, lower home values, and lower rates of mortgage lending.

The terms of a contract for deed may vary, as do particular state and local laws and protections. One constant is that the transfer of title on the property does not occur until the final payment is made – a feature that often makes homeownership an uncertain and distant outcome. Many contracts feature high interest rates, a forfeiture clause that allows the seller to take back the property for failure to pay a single payment, and other components that give contract buyers fewer rights and protections than a rental housing tenant. Nevertheless, when securing a mortgage is not possible, a contract for deed may seem like the only, albeit uneasy, pathway to homeownership.

Following the foreclosure crisis, tightening credit and the availability of depreciating real estate owned (REO) property allowed contract for deed sales to proliferate, though a lack of reliable data makes it difficult to discern whether these sales have increased over time. Private, corporate real estate investors purchased thousands of low-value homes in bulk REO sales and sold many of these properties to buyers, a trend that has been tracked in markets like Detroit and Atlanta.

Using a new national database of land contracts, we shed light on the scope and share of contracts for deed sold from 2005 to 2016, although the data are noisy and incomplete. We limited our analysis to data from six states where contracts are subject to reporting requirements – Indiana, Iowa, Michigan, Minnesota, Ohio, and Wisconsin – where we found that levels of contract for deed activity peaked in 2010 and remained relatively high through 2012, after which they steadily declined (See Figure 1).

In addition to tracking the volume of contracts sold, we also studied where these sales tend to occur, tracking neighborhood-level demographic, economic, and housing market conditions that are associated with higher rates of homes sold through a contract. We found that neighborhoods with the highest concentration of contracts for deed per owner-occupied housing units tended to be lower-income neighborhoods with higher vacancy rates, lower homeownership rates, older housing stock, lower home values, and lower rates of mortgage lending. In part because of disparities in housing market conditions by race and income, we also found that neighborhoods with more contract for deed activity had higher shares of African American households and households with an education level of less than a bachelor’s degree (See Figure 2). 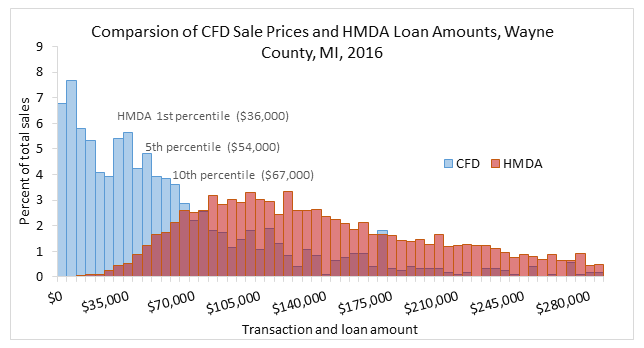 The foreclosure crisis produced high levels of abandonment and dispossession in many urban and rural communities, which has led to a cycle of further disinvestment. Contract for deed sales appear to be another outcome of these phenomena. Our paper begins to unpack trends in and potential impacts of contract for deed sales, though our results are at times unexpected in the contest of past studies. We caution that the database we use, while the only national data of its kind, is limited and may not be representative of all contract for deed transactions. However, this work does point to the need for greater consumer protection for buyers as well as greater access to mortgage credit for homes valued below $75,000.