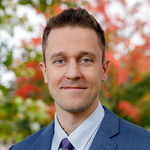 Do Workers Fleeing House Price Growth Take the Boom with Them as They Go?

House price growth during national boom and bust cycles varies greatly across different urban areas in the US. For example, during the housing boom of 2000-2007, real house prices fell in many metros, while others saw house prices increase by more than 100 percent.

In general, national boom and bust cycles seem to occur in some areas of the country more than in others. One way to measure this is by the degree to which local house prices change, on average, with a one percent change in average national growth—the so-called "beta" of local housing markets (Figure 1).

In a new working paper, I argue that the systematic differences in the degree to which geographic housing markets are affected by common economic shocks can be explained by patterns of migration between US metros. When an economic boom starts in one region and benefits a particular group of workers, it often ends up driving up local house prices. This increase in housing costs then causes other workers to leave that region in pursuit of more affordable housing elsewhere. As a result, the increase in population in those destinations drives up housing demand and house prices, even though the region itself did not experience the fundamental shocks that caused the initial boom.

Importantly, these migrant outflows from booming metros do not affect all other metros equally. Urban areas are connected by a sparse network of persistent migration links, with substantial flows only between particular metro pairs. As a result, regions with greater exposure through migration links to booming metros are more likely to receive spillovers of migrants. For example, the Boise, ID, region saw population growth of 13 percent and real house price growth of 41 percent in 2000-2007 at least in part because it is an important destination for people leaving booming places in California, such as Los Angeles or San Francisco.

In order to estimate the size of these spillover effects, I measure each area’s expected exposure to migration flows from other regions based on flows from 1990-1995. Then, I look at wage shocks causing increases in house prices in an origin area that are not connected to simultaneous destination-area wage changes. This means that when we see in-migration and house prices rise more in those destination metros that share stronger migration links with the origin ones, we can be reasonably confident that the migration flows caused the price increases.

The analysis implies that some of the cross-sectional variation in house price growth among US metros that has puzzled researchers during the recent boom and bust cycles can perhaps be explained by shocks spilling over more to better-connected metros than to those without strong links to boom towns. For example, Edward Glaeser, Joshua Gottlieb, and Joseph Gyourko have argued that lower interest rates coupled with constraints on building new housing drove substantial increases in house prices during 1995-2007 in some areas of the US. Combining those direct effects with migration links between regions, my analysis predicts additional indirect effects on particular other regions due to migration spillovers. I show that these predicted indirect effects are indeed able to explain a substantial share (32 percent) of the differences in house price growth between metros during that period.

In the second part of the paper, I quantify the different pieces of the causal chain that connects an initial shock in one place to a household's decision to move and eventually leads to house price changes in destination areas that have different abilities to accommodate additional housing demand. Putting these pieces together simulates what an alternative world would look like where, for instance, workers are stuck in place, unable to move to cheaper housing elsewhere.

I use these simulations to compare the patterns of house price growth that would have occurred in response to historical wage shocks if workers were more or less mobile. It turns out that when workers find it easier to move, it provides an "escape valve" for concentrated economic shocks: as workers move from booming areas to other regions, they carry some of the initial pressure on housing markets with them. Consequently, a large localized shock ends up having a more moderate effect, but in multiple metros. This means that house price dynamics become more similar among US metros, and pockets of extremely large house price growth become less likely.