Are Millennials So Different from the Generations Before Them?

With all the buzz surrounding millennials and their choices, it is tough to separate myth from reality. Often, myths have been promoted without careful consideration of the difference between age and generation. Some have compared millennials to baby boomers, although they are in different stages of life. Others assume that the struggles of millennials during financial crisis would persist over time.

I examine these issues in “Are Millennials Leaving Town? Reconciling Peak Millennials and Youthification Hypotheses,” a paper published earlier this year in the International Journal of Urban Sciences which examines how millennials are faring compared to previous generations at the same ages. Building on earlier work published when I was a postdoctoral fellow at the Center, I find that millennials, on average, delayed their transition into adulthood as compared to older generations, consistent with popular portrayals, but they have begun to catch up in recent years, with rising incomes and as they move from multifamily apartments to single-family homes.

Given that multifamily rental units are predominantly built in urban areas, the changes in millennial homeownership and multifamily residence might hint where millennials are heading. Indeed, another finding of this paper was that millennials started to move out of urban centers to suburbs. However, while some might suspect this would result in urban decline, or even urban exodus, my next blog post will explain why the demand for urban living is not going anywhere. 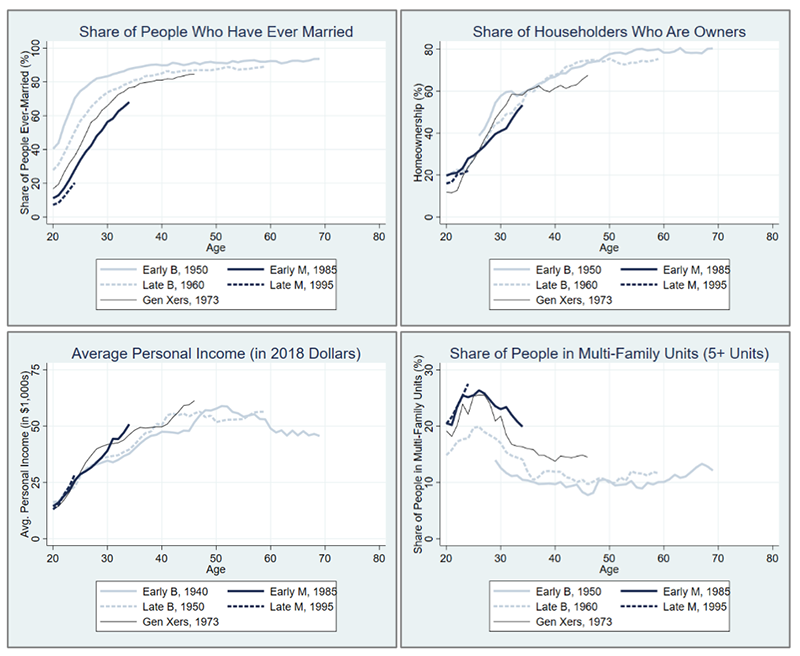