Xavier (Xav) de Souza Briggs is Distinguished Visiting Professor at NYU, with a joint appointment at the Wagner School, the Business and Society Program at the Stern School of Business, and the Department of Sociology in the School of Arts and Sciences. He is an award-winning educator and researcher as well as an experienced manager in philanthropy and government.

Xav served for six years as vice president of the Ford Foundation, overseeing the foundation’s inclusive economies and markets work globally along with its regional program teams based in China, India, and Indonesia. Prior to joining the Ford Foundation, Xav was tenured full professor of sociology and urban planning in the Department of Urban Studies and Planning at the Massachusetts Institute of Technology and served as head of MIT’s Housing, Community, and Economic Development Group.

From January 2009 to August 2011, while on public service leave from MIT, Xav served as associate director of the White House Office of Management and Budget. Earlier in his career, Xav served as a community planner in the South Bronx, a policy adviser and R&D director at the U.S. Department of Housing and Urban Development, a fellow of the Urban Institute, and associate professor of public policy at Harvard University’s Kennedy School of Government. 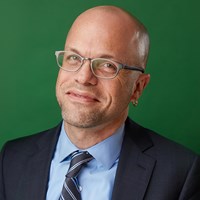 Fostering Inclusion: Whose Problem? Which Problem?

Asking “what would it take”—about housing segregation or any other challenge— assumes, on some level...