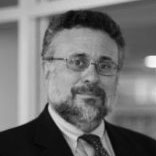 He has also been a Lecturer on Sociology at Harvard University, where he developed and co-taught an undergraduate General Education course on “Reinventing (and Reimagining) Boston: The Changing American City” and he served as Senior Project Advisor to the Boston Area Research Initiative at Harvard’s Radcliffe Institute for Advanced Study. In addition, he was Executive Director of Rappaport Institute for Greater Boston at the Harvard Kennedy School (HKS); Associate Director of HKS’s Taubman Center for State and Local Government; and editor of The Tab, which was the largest group of weekly newspapers in greater Boston. The author of many articles and case studies on the politics of infrastructure and land-use policies, he is the co-author (with Alan Altshuler) of Mega-Projects: The Changing Politics of Urban Public Investment, which was named 2003’s best book on urban politics by the American Political Science Association’s urban section.