Student Loan Debt and the Housing Decisions of Young Households 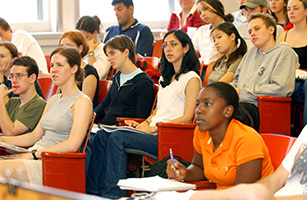 Between 2004 and 2014, aggregate outstanding student loan debt has more than tripled in real value. Even as households shed other types of non-housing-related debt, student loan debt was the only type of consumer debt to rise steadily during the Great Recession. Many are concerned that unmanageable student debt is holding back Millenials from becoming first-time homebuyers. A 2014 survey conducted by the National Association of Realtors found that among the 23 percent of first-time homebuyers who reported difficulties with saving for a down payment, over half (57 percent) cited student loans as a factor. Using data from the Federal Reserve Board's triennial Survey of Consumer Finances (SCF) from 1989 to 2013, this brief describes the growth of student loan debt among different demographic groups, especially among minority-headed households and those without a college degree. This brief also uses SCF data to analyze the extent to which young renter households aged 20 to 39 are burdened by their student loan payments and explores the potential implications of these payment burdens on future decisions to pursue homeownership.

Following the Great Recession, the share of young renter households aged 20 to 39 with high student loan burdens (those allocating more than 14 percent of their monthly income toward student loan payments) nearly quadrupled, from 5 percent in 2007 to 19 percent in 2013. Although the lowest-income young renters are faced with the highest payment burdens, even the lower payment burdens among renters in the top quartile are large enough to be factored into the ability to purchase a home. Student loan debt may also delay the accumulation of savings for a down payment on a home, as cash savings and assets are generally lower among young renters with student loans compared to those without them. Homeownership rates have been consistently lower among young households with medium and high payment burdens relative to those with low burdens. Since the author's analysis of student debt burdens excludes households who have not yet begun making payments on this debt due to deferral or forbearance, the prevalence of young renters with student debt payment burdens is likely to rise as this group enters the repayment cycle.