GSE Reform: None or Mostly Done? 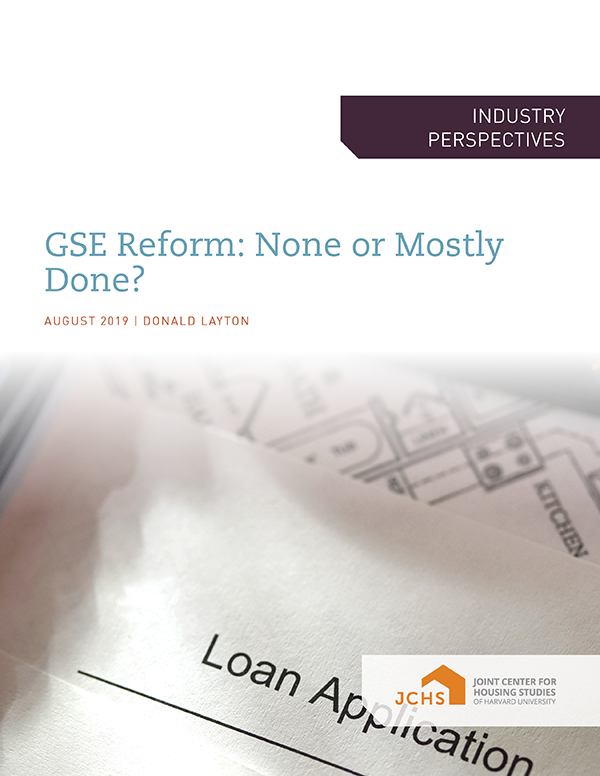 Over the past decade, Congress and most housing finance policy developers and commentators have overwhelmingly focused on reform of the government-sponsored enterprises (GSEs) in terms of comprehensive reform, meaning major changes in the design and structure of the housing finance system, which would require legislation by Congress. Because no such legislation has been passed, GSE reform appears, based on this expansive understanding of reform, to be the still-unfinished business of the 2008 Financial Crisis. But with a more limited concept of incremental reform – i.e., fixing the major weaknesses in the existing system of housing finance – the reality is that almost all of the major flaws of the pre-conservatorship GSEs have been successfully addressed while the companies have been in conservatorship. And these incremental reforms can easily be carried forward and completed to apply to the GSEs upon an exit from conservatorship, even if that exit is done only by administrative means. On this view, which I share, reform has been “mostly done” already, quietly and competently, during conservatorship, and so a program of “reform, recap and release,” if the administration pursues it, is very much in the realm of the possible.