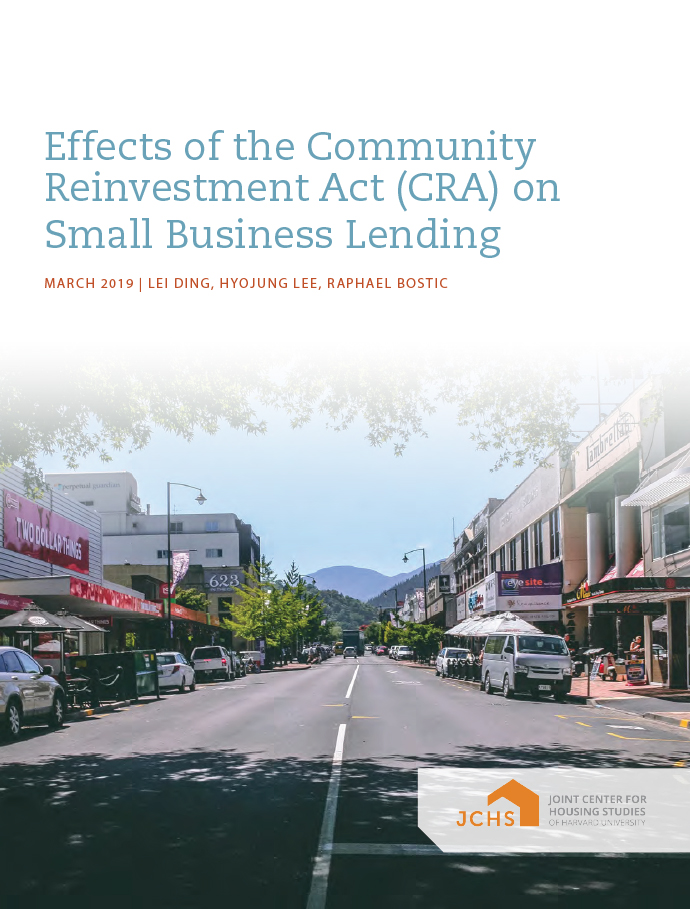 This study provides new evidence on the effectiveness of the Community Reinvestment Act (CRA) on small business lending by focusing on a sample of neighborhoods with changed CRA eligibility status across the country because of an exogenous policy shock in 2013. The results of difference-in-differences analysis provide consistent evidence that the CRA promotes small business lending, especially in terms of number of loan originations, in lower-income neighborhoods. The generally positive effects of the CRA are sensitive to the types of CRA treatment. Losing CRA eligibility status has a relatively larger effect on small business lending activities, while the effects of newly gaining CRA eligibility are less pronounced. The results are fairly robust when alternative sample periods and control groups are used.