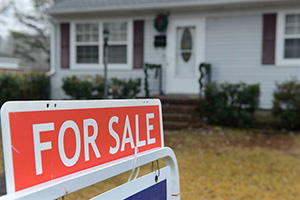 W15-2: Changing socio-demographic characteristics of young adult households (those with householders ages 25 to 34) are having an impact on their propensities for homeownership. Increases in the share of minority and unmarried householders are placing downward pressure on homeownership rates for this group, while at the same time higher levels of income and educational attainment are providing a boost. But events in housing markets over the last twenty years have masked these effects, first by making homeownership more attractive and attainable in the years leading up to the Great Recession, thus pushing homeownership rates up, then by lowering them after 2005 as constraints on credit and increasingly poor economic conditions inhibited home purchases by young adults. Untangling the combined effect of these trends requires analyses that can decompose demographic trends from macro and micro market conditions, to isolate the effects that specific changes in characteristics have had on young adult homeownership rates over time. This paper describes such an analysis based on econometric methods that estimate the expected change in homeownership over time due to socio-demographic factors, and finds that absent the boom and bust in housing markets over the last two decades young adults would likely have lowered their homeownership rates by over 5 percentage points, with much of that decline caused by changes in marital and family status. It concludes with some commentary on the implications of these findings for the homeownership tendencies of young adults going forward.