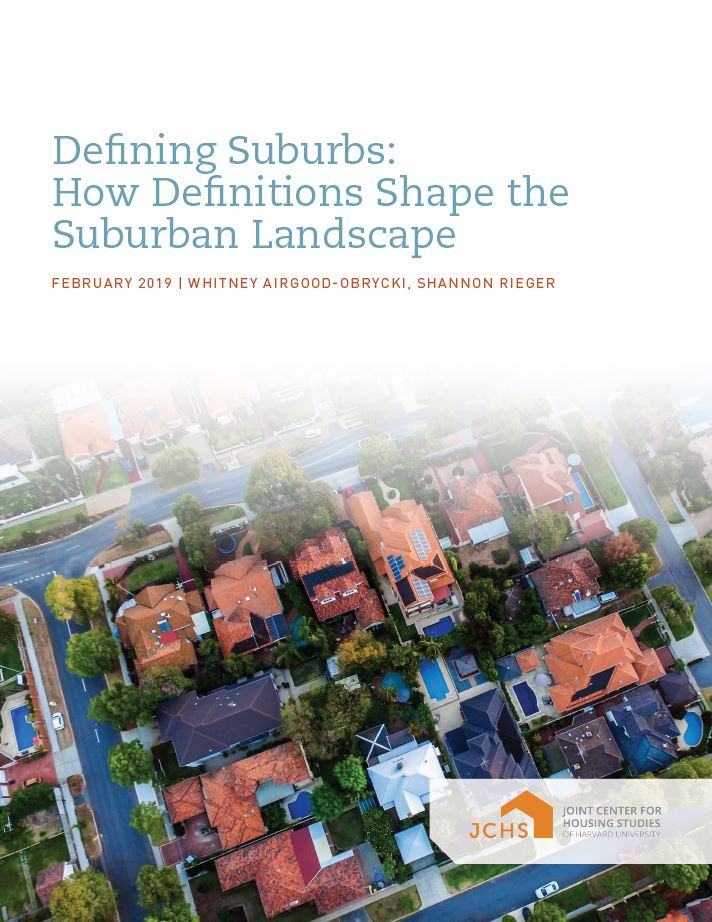 After the 2018 midterm elections, many reports noted that Democrats gained House seats by winning suburban voters. Some journalists broke down the analysis further and examined how suburbs of different densities voted. While suburbs of the same density could have been broken down even further to examine high-income and low-income neighborhoods, the analysis does suggest a growing recognition that suburbs are diverse and suburban voters should not be viewed as a uniform bloc. The analysis also suggests a more complex consideration of what we mean by suburb. For many decades, the term “suburb” evoked a specific image, perpetuated through policy, culture, and a discourse of striving for the American Dream. The enduring image of places like Levittown painted suburbs as largely white and middle-class, taking the form of single-use zoning and repetitive postwar housing. Of course, this image is not representative of all American suburbs and reflects a moment in suburban history. In fact, suburbs have always exhibited a range of built forms and demographics. The breadth of suburban diversity has been increasingly highlighted in recent decades by scholars and commentators. A growing focus on issues of inner-ring suburban decline in metropolitan areas like Cleveland and Baltimore and expanding suburban poverty across the country have stood in direct contrast to the traditional image of suburbia and have called into question the ways in which we define and conceptualize suburbs.