A Case Study of GSE Politicization: The Flawed Narrative of Loose Credit 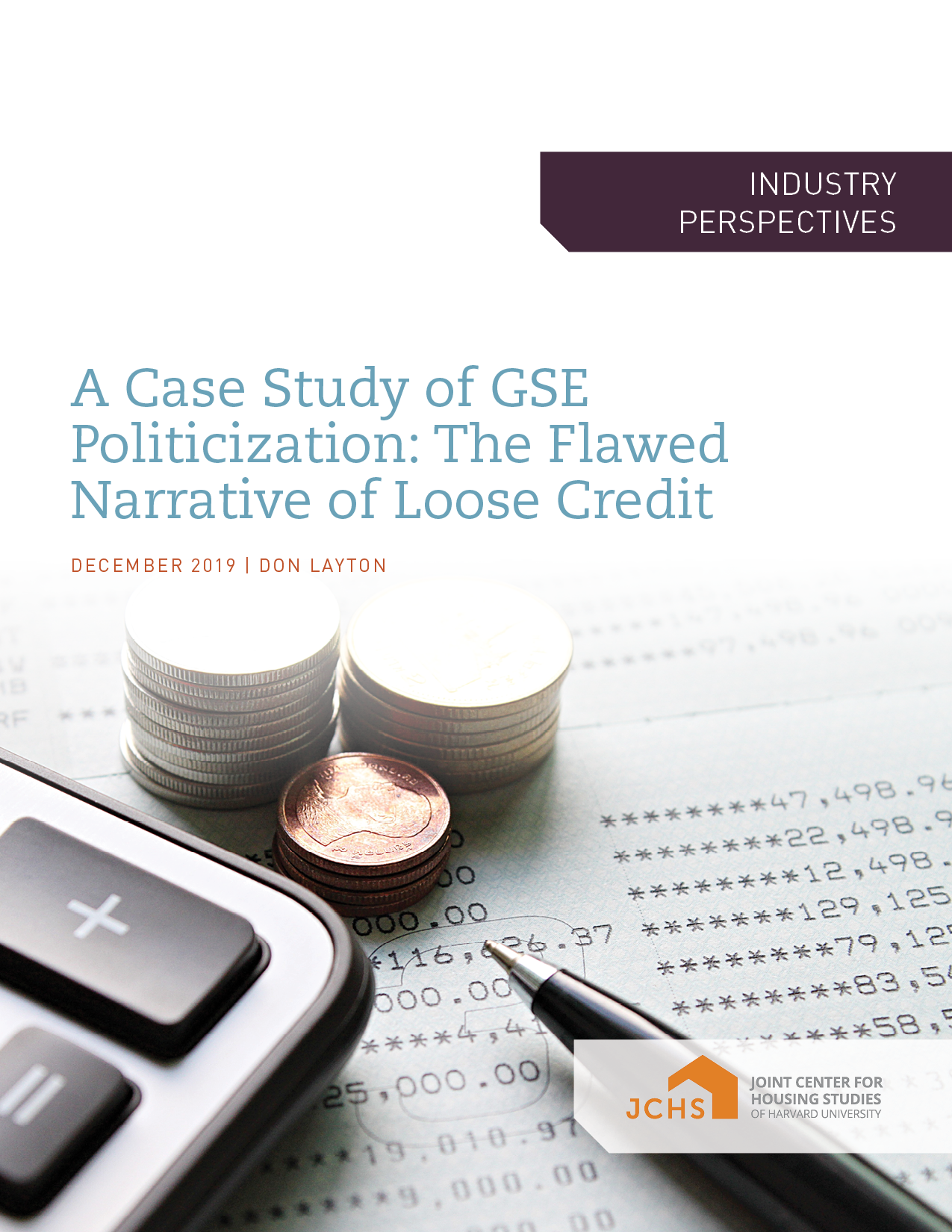 A significant feature of America’s residential mortgage system is its heavy politicization. This case study is about one long-running, specific aspect of that politicization: the advocacy-based narratives about the credit quality of the mortgages financed by the two government-sponsored enterprises (GSEs) Freddie Mac and Fannie Mae. The conservative narrative is that credit quality is just too loose and, at the extreme, that it could pose a risk to the stability of the entire financial system in the event of a significant economic downturn. With a Republican administration in office, this narrative has become the dominant advocacy viewpoint that can impact policy. Meanwhile, liberal housing finance advocates believe the opposite: that the GSEs are too restrictive in extending credit, and thus put up barriers to obtaining the benefits of homeownership for people who otherwise could.

The two sides of this debate are not equally valid. This paper reviews the facts and figures about today’s GSE mortgage credit quality, showing strongly that a non-advocacy and open-minded conclusion is that GSE credit quality is not too loose, that it is not endangering the health of the GSEs or, even in a severe downturn, the stability of the country’s financial system. Furthermore, the paper argues that proponents of the loose credit narrative fail to acknowledge fundamental post-Crisis policy changes that mitigate the systemic risks posed by the GSEs.