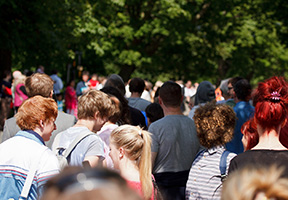 Once every ten years the decennial census provides a definitive count of people, households and housing units in the United States. During the intervening years, trends in these fundamental measures are provided by three major Census Bureau surveys: the Current Population Survey’s Annual Social and Economic Supplement, the quarterly Housing Vacancy Survey, and the annual American Community Survey. However, each survey gives significantly different estimates of the number of households and housing units, which confounds the ability of housing researchers to measure changes in housing demand in the years between decennial census surveys.  The release of the 2010 census provided an updated perspective as to the accuracy of the Census Bureau surveys, but many questions remain as to which survey provides the best tracking of housing demand going forward until the next decennial census is conducted.  In this paper we describe the differences in various data sources’ measurements of households and household growth, and we assess the main reasons for these differences.  We then present what conclusions we can about the relative reliability of each annual inter-census survey for gauging trends in households and housing demand going forward.  We discuss the impact of the surveys’ different household counts on assumptions about headship rates, which are a key component in the Joint Center’s household growth projections, and we assess the relative importance of change in headship rates as a driver of household growth.  Lastly, we discuss the sensitivity of household growth projections to the alternative measures of headship rates; we find that those projections are much less sensitive to alternative measures of headship rates than to differing assumptions about future population growth and immigration.