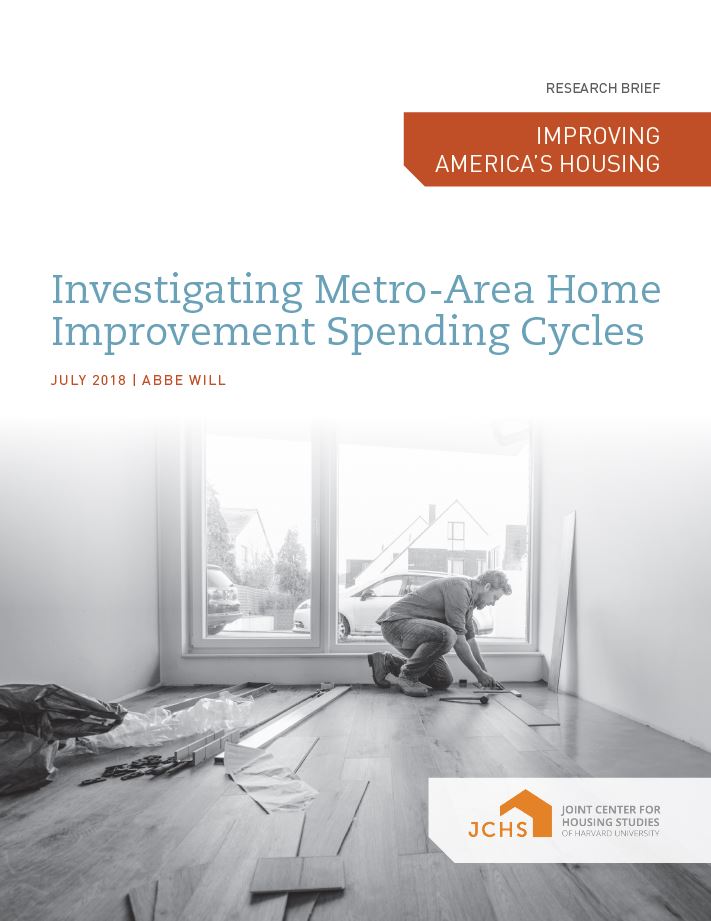 The robust gains in the national home remodeling market in recent years mask significant variation in spending trends at the local level. This research examining metro-level home improvement spending cycles uses data from the 1995–2015 national American Housing Surveys, which are sponsored by the U.S. Department of Housing and Urban Development. The main goal of the investigation is to understand if and how the magnitude and timing of remodeling spending booms, busts and recoveries have differed among major metro areas over the past twenty years, and how these cycles relate to local economic and housing market conditions. Although consistent historical data are available for only five major metropolitan areas, the research findings shed light for understanding the likely pace, timing, and volatility of historical home remodeling spending cycles for many more metropolitan areas around the country.

In the five metropolitan areas for which consistent historical data are available, there is surprising variety in the trajectory of home improvement spending over time, with some metros experiencing severe booms and busts and others exhibiting much more mild changes in spending.

In the U.S., real per owner improvement expenditures averaged $2,600 annually from 1994–2015; annual spending in any given year was, on average, above or below this long-run average by $380, or about 15 percent. Volatility in major metropolitan remodeling cycles can be categorized as being low, moderate, or high relative to the volatility in the national remodeling spending cycle.

Median home values correlate well with local home improvement spending levels over the past two decades in each of the major metros under consideration, with correlation coefficients ranging from 0.62 in New York to 0.76 in Chicago.

At the metropolitan level, sales of single-family homes with a one-year lead over remodeling spending correlate well with metro remodeling activity for most of the metros, though not as strongly as home prices.