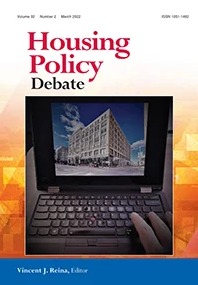 The United States is in a housing affordability crisis, with nearly half of all renter households spending more than 30% of their incomes on rent and utilities each month. This traditional measure of housing affordability may understate the hardships renter households face because it does not consider the array of expenses households have. Whereas housing policy has relied on percentage-of-income measures to indicate whether housing is affordable, researchers over the last three decades have called for a residual income approach that uses spending estimates to calculate what a household can actually afford. This article examines the extent of the affordability crisis by comparing standard cost burden rates for working-age renter households with residual-income cost burdens. Using the Economic Policy Institute’s Family Budget Calculator and the 2018 American Community Survey, we estimate the number of renter households that do not have enough income to afford a comfortable standard of living after paying rent and utilities. We investigate several policy levers, finding that a combined policy that addresses both housing and transportation affordability would have the largest impact on reducing residual-income cost burdens.