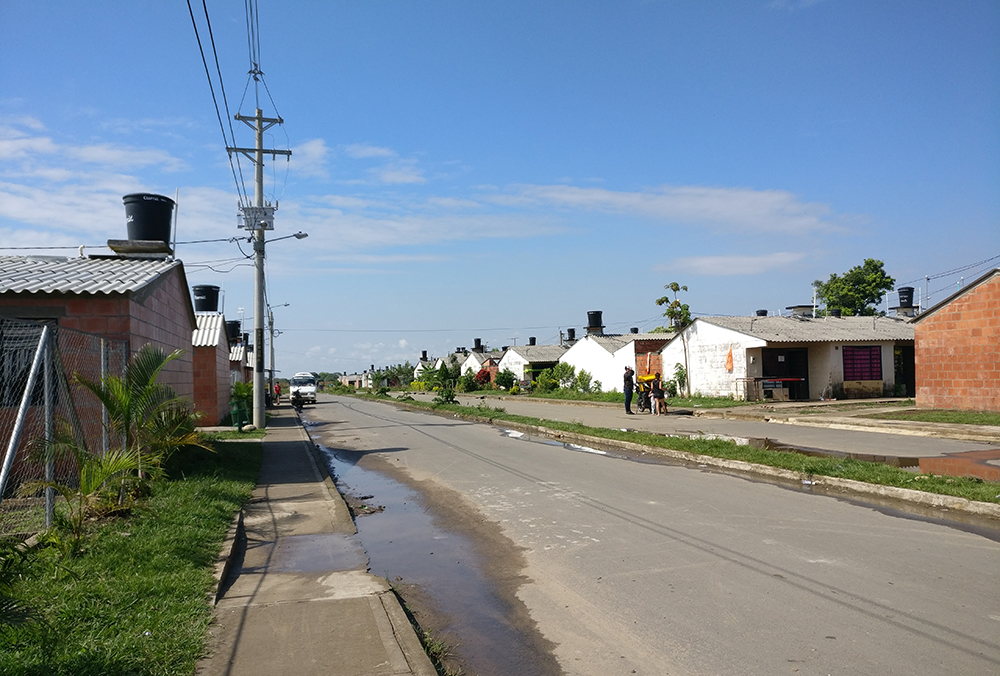 In 2015, 300 families displaced by the decades-long internal armed conflict in Colombia had the opportunity to move into free housing in two new neighborhoods in Granada, a small city about 200 km south of Bogota that has become a refuge for people displaced by the armed conflict. In this presentation, Maria Atuesta, a doctoral student at the Harvard Graduate School of Design and a Meyer Fellow, will report on her research into these neighborhoods, which were built with funding from the federal government. She will discuss the ways that these efforts may amplify social divisions among displaced individuals, which is limiting residents’ ability to effectively make collective claims and access basic infrastructure—besides housing—they need to fully inhabit the city.

You will need Zoom to attend this event.