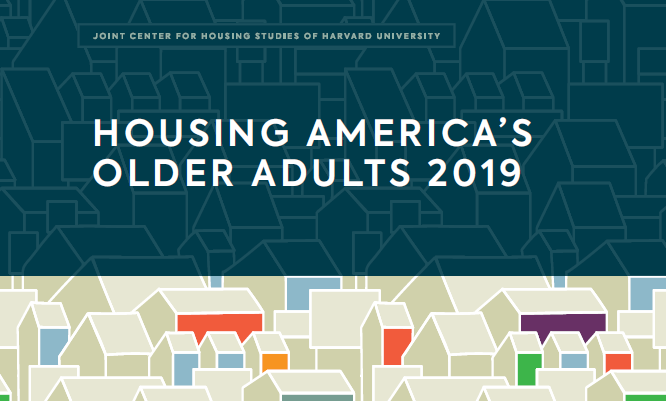 As the number of households headed by those 65-74 reached an all-time high in the US last year, inequalities are becoming more evident among older adults, according to Housing America’s Older Adults 2019, a new report being released Wednesday, October 16.

Though incomes are up for those over 65, most of the recent gains have gone to the highest earners. The number of cost-burdened households in this age group is at an all-time high, as has the number of older homeowners carrying mortgage debt. The new report, which supplements the Center’s annual State of the Nation's Housing report, warns that, as the large baby boom generation continues to age, ensuring that middle- and lower-income households have the means to live affordably and safely in their current homes, or move to more suitable housing, will be a growing challenge for the country.

(Note: On Friday, October 18, join us for Aging in [a] Place: Planning, Design, and Spatial Justice in Aging Societies, a half-day symposium being held at the Harvard Graduate School of Design.)