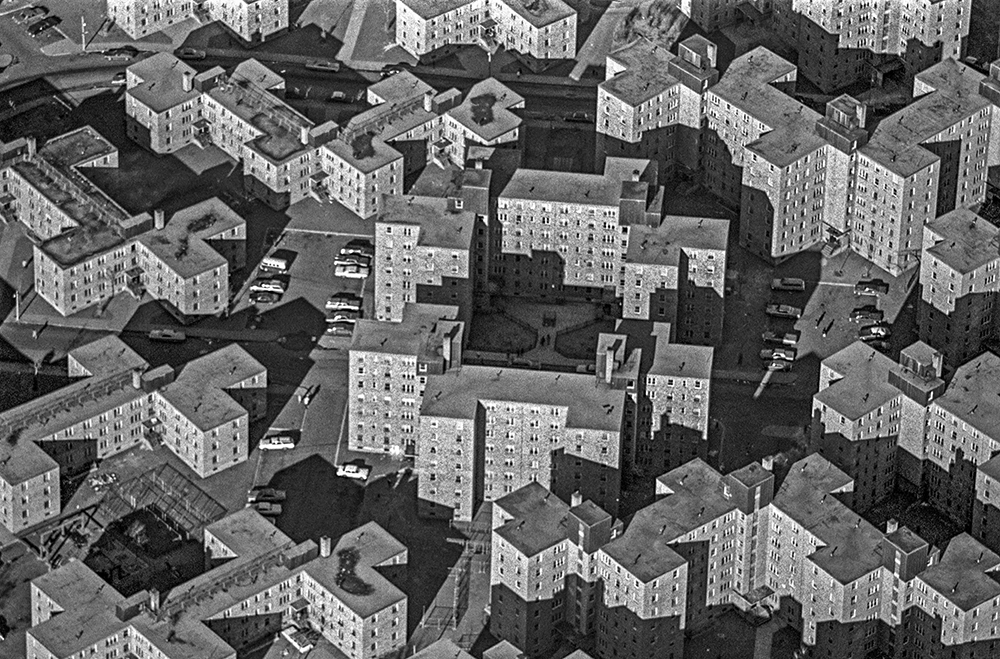 By the 1980s the Dudley Square neighborhood of Roxbury was facing significant challenges. Absentee landlords had allowed property to deteriorate, left units vacant, or had used arson to raze buildings and make insurance claims. Facing what many considered insurmountable obstacles, the Dudley Street Neighborhood Initiative was formed to create a comprehensive plan for “development without displacement.” The first non-governmental organization in America to be granted eminent domain authority, they began purchasing vacant land, protecting affordable housing and creating a community land trust. Meanwhile, the nearby housing project Orchard Park became notorious for crime and drugs. The Orchard Park Tenants Association lobbied for years for improvements and by the mid-1990s began to see a path forward partnering with the police and using community organizing to reduce crime and linking the redevelopment to the new federal HOPE VI program which was meant to revitalize the worst housing projects in America. HOPE VI was in part modeled on the redevelopment of Columbia Point and encouraged partnerships with private developers and a mixture of incomes among the residents. Through community action and smart development, Orchard Park was redeveloped as Orchard Gardens and became a safe, stable neighborhood.