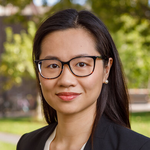 Winners & Losers: The Effect of Airbnb on New York Renters

What is the impact of the sharing economy, pioneered by companies such as Airbnb, on housing markets in expensive, supply-constrained cities? In “The Distributional Impact of the Sharing Economy on the Housing Market,” a working paper based in part on research I did as a Meyer Fellow for the Center, I conclude that while Airbnb likely led to higher rents in New York City, the increased rent burden fell most heavily on high-income, educated, white renters. A few enterprising low-income households, however, received substantial gains from home-sharing.

Economic theory teaches that cost-reducing new technologies should improve welfare. By substantially reducing transaction costs, platform companies such as Airbnb allow existing housing units to be used by short-term visitors in exchange for payment. However, since housing supply is constrained in many desirable areas, there are concerns that Airbnb can exacerbate housing affordability problems. Many also worry that home-sharing leads to displacement, because housing units are no longer being used as traditional long-term rentals. Proponents of Airbnb argue that the additional income that hosts earn can help address affordability problems, especially in expensive cities.

An important feature of many sharing economy platforms is that because services are produced by peers, rather than firms, they can distribute gains directly to individuals. Therefore, the question is empirical: for New York City renters, does the welfare gain from home-sharing offset the welfare loss from increased housing costs? Moreover, how does the welfare impact differ across key demographic characteristics, such as income, education, race, and family structure?

To answer these questions, I created a model highlighting two innovations that Airbnb brings to the housing market. First, it integrates the long-term rental market and the short-term rental market, meaning an absentee owner can choose between the two markets, whichever yields greater profit. In equilibrium, a fraction of the housing units will be reallocated to Airbnb. Since housing supply is inelastic, such reallocation would raise prices for long-term renters and decreases their welfare.

Second, the utilization of existing housing units increases when renters offer space in their homes to short-term visitors, especially when demand is high. The proceeds from this direct home-sharing increase the welfare of these renter hosts.

To quantify these welfare effects, I estimated the model using data from 2014-2018 and found that Airbnb had three major impacts on the city’s renters. First, aggregated across all renters, Airbnb resulted in a loss of about $178 million for all renters. This reflects $201 million per year in increased rents offset by $23 million paid to renters who were sometimes hosts.

Third, there is a significant divergence between the median and the tail, largely because less than one percent of households were hosts. The largest gains accrued to lower-cost suppliers, who tended to be younger, more educated households with no children. Some low-income households also benefited more by taking advantage of peak demands in the short-term rental market. These households gained about $454 a year, compared to a gain of $233 for hosts in the top income quintile.

Taken as a whole, these results suggest that while Airbnb had a negative impact on most renters, the impacts were relatively small. This, in turn, suggests that banning or greatly restricting Airbnb rentals would not have a major impact on housing affordability in New York City, because it would not address the fundamental challenge faced by the city: a lack of overall housing supply. Moreover, creating a clear set of rules that allows for sharing one’s primary residence could be beneficial to enterprising households who gain from being hosts.

Given that these estimates use data from the pre-COVID period, though, what will happen after the pandemic? The analysis will remain relevant even after we recover from COVID-19, because the lack of supply continues to be a significant challenge in New York City. Although the magnitude of the estimates will likely differ, the integrated housing model developed in the paper will continue to provide a useful and tractable framework to forecast the estimates, once we have more recent data on demand and supply of short- and long-term rentals in New York City.