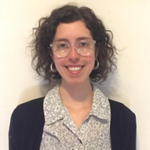 What Would it Take for HUD to Meaningfully Increase Inclusion?

What would it take to meet the 1968 federal Fair Housing Act’s requirement that federal entities use their power to “affirmatively further” fair housing? Four new papers published today look at this question by examining whether and how the US Department of Housing and Urban Development’s (HUD) now-delayed Affirmatively Furthering Fair Housing (AFFH) rule might spur more inclusive communities.

Under the rule, which was finalized in 2015, local and state institutions receiving federal housing funds must use maps and other local data to conduct an Analysis of Fair Housing (AFH), and also describe their goals for affirmatively furthering fair housing. Many advocates believed the rule was a long overdue effort to finally achieve one of the Fair Housing Act’s key, but unmet, goals. However, critics, including many Republican members of Congress as well as then-presidential candidate (and now HUD Secretary) Ben Carson, criticized it as inappropriate social engineering. In January 2018, HUD announced that states and localities do not have to submit their analyses until 2020. While HUD’s announcement also noted that entities still have a legal obligation to further fair housing, the rule’s supporters fear the delay effectively suspends enforcement of the rule and gives HUD time to dismantle or substantially weaken the new rule. A group of civil rights organizations is currently preparing litigation to enjoin the suspension of action.

The papers, which were originally presented at the symposium A Shared Future: Fostering Communities of Inclusion in an Era of Inequality in April 2017 (before HUD suspended enforcement actions) examine the rule’s potential to produce meaningful change and, in doing so, provide critical context for understanding the implications of HUD’s decision to delay the submission of required plans. The four papers are:

Affirmatively Furthering Fair Housing: The Potential and the Challenge for Fulfilling the Promise of HUD’s Final Rule by Katherine O’Regan, the panel’s moderator, begins by noting that while the Fair Housing Act codified an ambitious goal, the nation has long lacked a clear, effective, and politically acceptable processes for achieving that goal. After explaining how the AFFH process was supposed to work and discussing how it was received by a variety of stakeholders, O’Regan discusses how the panel’s authors posed key questions about what it would take for the 2015 AFFH rule to meaningfully increase inclusion int he near future.

The Potential for HUD’s Affirmatively Furthering Fair Housing Rule to Meaningfully Increase Inclusion by Raphael Bostic and Arthur Acolin discusses how the AFFH Final Rule might produce meaningful change. After reviewing the history of residential segregation in the US, the paper explains how the new rule would have differed from and improved upon previous efforts to “affirmatively further” fair housing. However, they note, the full impact of the rule will depend on HUD’s commitment to its philosophy and HUD’s devotion of resources to the implementation of the law. Moreover, they add, the rule’s impact will also depend critically upon decisions by local governments, community organizations, and individuals to use the resources they have to effectively remove barriers to fair housing in their communities.

Speaking Truth to Power: Enhancing Community Engagement in the Assessment of Fair Housing Process by Michael Allen notes that the new rule “sets the table for robust conversations about hard topics—like discrimination and segregation—that most communities have tried hard to avoid for decades.” However, he notes, “it leaves to local discretion to how to get the right stakeholders to the table for those conversations.” Achieving the rule’s promise, he adds, can only occur in places where community groups, academics, and foundations make concerted efforts to develop and carry out AFFH plans. These efforts, he continues, need to include strategies to ensure meaningful participation by people of color and their advocates; local data collection and analysis; mobilization of political constituencies; and a commitment to enforcement via litigation, administrative complaints, and grassroots advocacy. Allen concludes by detailing six successful community housing justice campaigns—in New Orleans, Milwaukee, New Jersey, Texas, Westchester County (NY), and the Minneapolis/St. Paul region—that could serve models for advocates in other locales.

The Duty to Affirmatively Further Fair Housing: A Legal as Well as Policy Imperative by Elizabeth Julian predicts that jurisdictions would respond to the new rule in one of our four basic ways. Some would accept that the letter and the spirit of the law have the capacity to develop and carry out an effective plan, while others would accept the rule’s letter and spirit but lack the capacity to do so. Third, while some would accept the need to comply with the rule’s requirements (if only to secure desired federal funding), they might be unwilling to develop an effective plan. Finally, some communities would resist the rule’s letter and spirit. While HUD can help localities in the first three categories achieve meaningful progress, jurisdictions in the fourth “will have to be dealt with by an external, relatively independent, and well-resourced enforcement structure,” she asserts. Even though HUD’s current leaders are not likely to support this approach, Julian asserts that a long history of court decisions shows that civil rights advocates do have the tools needed to effectively press for desired changes.