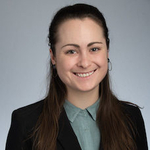 Erin Polka is a coordinator for the Community Engagement Core in the Department of Environmental Health at the Boston University School of Public Health. She assists CRESSH’s community partners and...

When people think about air pollution, they often focus on concentrations outdoors. But what about inside our homes? The air in our homes can be affected both by the outdoor environment (air from outside that enters the home) and by activities inside.

In a new Environmental Research article, MyDzung Chu (whose work was supported in part by the Center’s Student Research Support Program) and her collaborators report on research that asked: How much of our indoor air quality is driven by indoor versus outdoor sources of air pollution? What are the primary drivers of indoor air pollution? Do these answers differ across homes and, in particular, by socioeconomic factors such as homeownership status?

Chu, who recently received her PhD from the Harvard TH Chan School of Public Health (SPH), and her colleagues from the Center for Research on Environmental and Social Stressors in Housing Across the Life Course (CRESSH), a joint initiative of the Harvard SPH and the Boston University School of Public Health, examined fine particulate matter, which is also known as PM2.5 and includes particles smaller than 2.5 microns in diameter. These smaller particles are especially damaging to health, as they are easily inhaled, can penetrate deep in our lungs, and cause a range of health problems including asthma, cardiovascular disease, and more.

The CRESSH study team, in partnership with GreenRoots, Inc., a community-based organization in Chelsea, Massachusetts, recruited 72 households in Chelsea, a densely-populated and diverse city just northeast of Boston. Thirty-nine of the households were renters living in multifamily buildings, 22 were owners in multifamily buildings, and 10 were owners living in single-family homes. No renters lived in single-family homes.

When possible, each household was visited twice by researchers, once in the heating season (November – May) and once in the non-heating season (June – October). Each home hosted a small air quality monitor for one week in each season, which captured indoor environmental measurements, including real-time concentrations of PM2.5. The study team also collected a range of other information about the home, including a visual inspection, resident surveys about demographic and building characteristics, and daily activity diaries about resident activities that may contribute to indoor PM2.5 concentrations (e.g., using an air conditioner, opening windows, cooking, using a stove vent/range hood, smoking, or using candles, incense, or air fresheners). Indoor and outdoor air sensors were also used to help determine air exchange rates in the home, which can influence the levels of air pollution indoors from both indoor and outdoor sources.

Chu and her colleagues (including Gary Adamkiewicz, a faculty affiliate of our Center) found that the amount of PM2.5 measured in indoor air was driven by indoor source activities and behaviors (over 77 percent on average), rather than by outdoor air pollution. These activities were primarily cooking, smoking, and the use of a stove range hood (which could indicate more intense cooking periods or ineffectiveness of the range hood). Furthermore, the authors found significantly higher levels of indoor PM2.5 concentrations among both owners and renters living in multifamily buildings as compared to owners living in single-family homes.

Although all households reported cooking activity, renters and owners living in multifamily buildings were somewhat more likely to live in smaller units, which could contribute to their greater indoor concentrations of PM2.5. In addition, compared even to owners in multifamily buildings, renters tended to live in larger and older buildings where units generally had higher air exchange rates, which could allow for greater infiltration from both the outdoors and neighboring units. In fact, smoking and second-hand smoke exposure from other units were more frequently reported among renters, who also reported more use of air fresheners, which can contribute its own indoor air quality challenges.

The higher levels of indoor air pollution, particularly from indoor sources, has important implications for addressing racial/ethnic and socioeconomic disparities, given that renters were more likely than owners to be people of color and speak languages other than English, and much less likely to have a bachelor’s degree or higher. And while the types of housing stock and ambient air pollution levels may vary across the country, the role of indoor sources and building factors in shaping indoor air pollution concentrations is generalizable to all communities. Building-wide improvements designed to address ventilation and eliminate PM2.5 sources (such as implementing smoke-free building policies and improving the effectiveness of stove vents/range hoods) could help reduce PM2.5 exposure in the home. Targeted behavioral-level interventions, such as increasing ventilation practices while cooking (e.g. window opening, stove vent/range hood use), reducing use of chemical air fresheners, and engaging in smoking cessation programs, could be paired with landlord-tenant education as well as financial and housing assistance for low-income tenants. Multi-level interventions such as these would not only help to improve the health of all residents, but would address racial/ethnic and socioeconomic disparities in air pollution exposure and alleviate existing health inequities.

A version of this article recently appeared on CRESSH’s website.