Ann Owens is an Associate Professor in the Sociology department at USC. She received her PhD in Sociology and Social Policy from Harvard University. Ann was a postdoctoral research fellow at the...

Taken together, the four papers produced for the Shared Future symposium’s panel on “What would it take to foster residential outcomes that support school integration, and vice versa?” highlight the complexities of one of the greatest barriers to achieving the American dream: persistent racial/ethnic and socioeconomic segregation between neighborhoods and schools. As the papers describe, neighborhoods and schools are intertwined with one another in mutually reinforcing ways. And as I have found in my own work, schools that draw from local neighborhoods both reflect and reinforce residential segregation patterns. 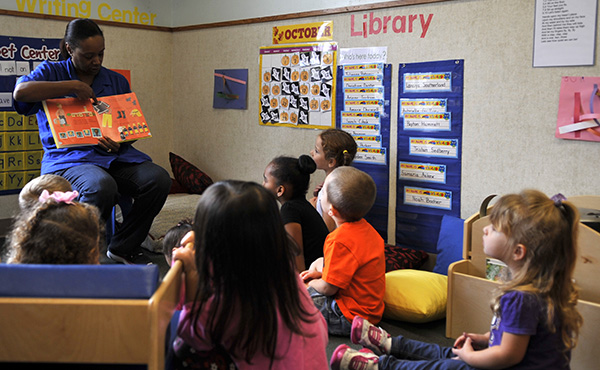 In recent decades, the neighborhood-school link has loosened in some ways—magnet and charter schools have proliferated, and some districts have adopted school-choice policies, so that where a child lives does not necessarily determine where she attends school. This weakening of the neighborhood-school link has a complex relationship with integration. In new research that is still in progress, Peter Rich, Jennifer Candipan, and I are finding that as charter schools become more prevalent in a district, racial school segregation increases, while racial residential segregation declines. Unfettered school choice does not lead to school integration, as Phil Tegeler and Michael Hilton note in their symposium paper, despite the encouraging trends in racial attitudes and tolerance noted in the symposium paper by Amy Stuart Wells and colleagues. Our finding also demonstrates the strength of the neighborhood-school tie in parents’ residential decision-making—if their children don’t have to attend the neighborhood school, parents are willing to live in (slightly) more integrated neighborhoods. Our work is consistent with analyses of residential segregation following the expiration of desegregation orders, such as those done by David D. Liebowitz and Lindsey C. Page, who found that when mandatory integration policies expire and children attend their neighborhood schools, residential segregation increases.

So, what should these policies look like? They must be intentional, innovative, and integrated across systems and places. Without intentional integration features, school policies like open enrollment and urban policies to revitalize distressed neighborhoods generally do not facilitate integration. Historically, integration has not been achieved by unrestricted school or residential market forces. Part of intentional policymaking also involves an ideological commitment to integration, both from policymakers and the general public. Segregation is “the problem we all live with,” as journalist Nikole Hannah-Jones writes. Perhaps the first and most important step in reducing segregation is deciding, or convincing people, that we won’t live with it anymore. Impressive campaigns to change people’s perceptions of neighborhoods and schools have emerged around the country. Rob Breymaier highlights one such effort, the long-standing Oak Park Regional Housing Center. With Jennifer Candipan, I am studying another effort, the Realtors Initiative of the Pasadena Education Foundation, which trains realtors to disrupt narratives about local public schools’ reputations to encourage white and high-SES parents to live in more integrated neighborhoods and send their children to the neighborhood schools.

A challenge to this “hearts and minds” campaign is the fact that there may be costs to integration. Maintaining segregation benefits advantaged groups. We live in a period of increasing racial diversity and increasing anxiety about getting one’s child ahead. How do we convince parents that they should live in a neighborhood or send their child to a school that might not be the absolute most advantageous on a narrow set of metrics? How do we get people to worry about all children, not just their child?

Here, innovative policies are necessary. Segregation is a centuries old issue, created and propped up by government policies. New, creative ideas are necessary to undo this. We should reconsider how we measure neighborhood and school quality and how that information gets presented on school district websites and real estate sites like Zillow. As policymakers attempt to change hearts and minds, they can also speak to people where it counts—their wallets and their children’s future. The mortgage interest deduction and other housing incentives could be dependent on living in integrated areas, as Dorothy O. Brown has suggested. Similarly, attending diverse schools could be rewarded in college admissions and federal scholarships, as Thomas Scott-Railton has proposed.

Finally, policies must be integrated across systems and places. School policy must take housing and residential impacts into account, and vice versa. We researchers must continue to inform policy by investigating deep-seated preferences and concerns about neighborhoods and schools and the various loopholes that parents use to avoid integration. Regional approaches to integration across municipality and school district lines are necessary, and support for evaluating those approaches, like the Affirmatively Furthering Fair Housing Act, are important. Recommitting to the goal of integration is challenging in the current political climate, in which leaders of both the U.S. Department of Housing and Urban Development and the Department of Education do not believe segregation is a pressing issue. This should motivate those who care about integration to fight even harder. The costs to our children’s future are too high not to try.