Strategies for Responding to Gentrification

As more and more communities across the country experience gentrification—and others fear its imminent arrival—community developers are struggling to find ways to respond. At a minimum, we seek to slow, or mitigate the process to diminish the disruption to the lives of current residents. Ideally, we would find ways to create inclusive neighborhoods that welcome newcomers while enabling long-time residents to stay and benefit from new jobs, services, amenities, and maybe even better schools. Indeed, our best hope for reducing racial segregation in our country is to achieve such a result. 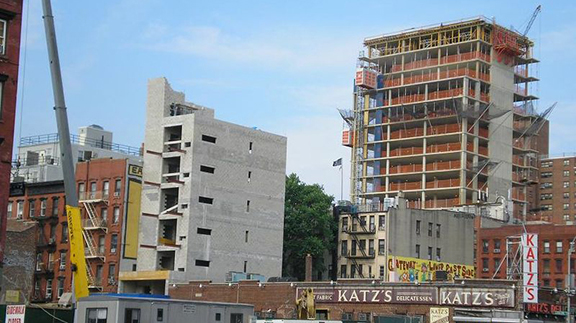 Not surprisingly, these issues are frequent topics of conversations I’ve had with members of the Massachusetts Association of Community Development Corporations (MACDC), as well as with our allies and partners. I don’t presume to have answers, but I do want to offer a few ideas that I’ve been thinking about as those conversations have unfolded:

The biggest point of controversy, both among our members and in the broader community, is whether new housing development helps or hurts. Some argue that we must build new housing in gentrifying neighborhoods to take pressure off the market and to accommodate rising demand. Many urban planners promote greater density and large-scale development as a solution to gentrification. At the same time, others blame these very developments for accelerating the process of gentrification. They believe high-end units attract upper-income people to the neighborhood, bring higher-end retail, and begin to change the character of the place, even if they include a significant percentage of affordable units, which often are occupied by lower-income newcomers—not longstanding residents.
I agree with both sides. New development might very well speed up the gentrification process, but stopping development will also speed up gentrification, as pressure will continue to build on the housing stock in changing neighborhoods. Unfortunately, the intensity of this debate can itself become an impediment to progress because it can undermine trust among otherwise allied partners.
On balance, I’m generally inclined to support new development, but only if it is done wisely. I think we need to mitigate the impact of new development with more than just inclusionary units. Fighting over 15, 20, or even 25 percent affordability levels does not confront the core issue of neighborhood change. Instead, we should use some of the resources generated by new development to attack displacement more directly through measures such as acquiring existing properties, providing financial assistance to current homeowners and tenants, supporting locally-owned businesses, and making cultural investments that preserve a community’s history and culture. We should also push for more three-bedroom units in new buildings because those units would allow more families to move into changing neighborhoods. Those families, in turn, not only might enroll children in local school,s, but they also are likely to press for improved schools, which would benefit all of the neighborhood’s families.

I make these suggestions knowing there are no easy answers and no complete answers. Neighborhoods are always changing and demographics continually evolve. Sadly, in a society with vast and growing income and wealth inequity, these dynamics are going to continue. Perhaps the only long-term and scalable solution to gentrification and displacement is to restructure our economy in ways that will make it more fair and equitable.

This post is a response to the Panel 6 papers that were presented at our A Shared Future symposium in 2017. These papers are available on the JCHS website.