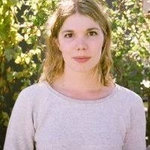 From September’s destructive hurricanes to the devastating fires in California, recent natural disasters across the US have underscored the many ways in which climate change is affecting urban areas. Moreover, while these unpredictable disasters garner significant attention, climate change is also intensifying important long-range weather-related hazards such as heat waves, extreme precipitation, desertification, and loss of biodiversity.

Taken together, such effects – as well as the rollback of federal-level policies – can discourage and overwhelm those facing climate-change related impacts in their communities. However, as varied examples from Florida, the west coast, Boston, and Boulder show, many states and localities are taking meaningful steps to prepare for and perhaps even mitigate the effects of climate change at the municipal, neighborhood, and household levels.

September’s Hurricane Irma, for example, showed the positive impacts of successful efforts to update Florida’s building codes in the wake of Hurricane Andrew, which was the costliest natural disaster to affect the United States when it struck that state in 1992. After that disaster, many Florida residents pressed the state to update its building code (and for localities to enforce it). Two years later, the state approved a new building code focused on increasing the likelihood that buildings could resist hurricane-force winds by requiring such elements as shatterproof windows, fortified roofs, and reinforced concrete pillars. The code also requires that roofs be built of plywood and fastened with roofing nails (instead of less expensive but less resilient approaches that relied on particle board secured by staples).

While these provisions are supposed to ensure that structures can withstand winds of up to 111 miles per hour, Miami-Dade and Broward counties went even further by requiring that new buildings be able to withstand winds of at least 130 mph. (Moreover, as of January 2018, the codes for the two counties will also include new elevation minimums for new construction and substantial improvements to existing structures in flood hazard areas.) The strengthened requirements helped minimize damage from Hurricane Irma, according to Michael Finney, president and CEO of the Miami-Dade Beacon Council (the region’s official economic council). In an op-ed that appeared in the Miami Herald, he wrote: “Most property and buildings escaped with little or no structural damage. The impact could have been much worse, were it not for the lessons learned and actions taken to fortify buildings and properties after Hurricane Andrew and subsequent storms.”

In the western part of the United States, where wildfires are a significant threat,

Community Planning Assistance for Wildfire (CPAW) is helping communities take advantage of land-use planning to reduce the risk of damages from fires. CPAW is a partnership funded by the U.S. Forest Service and private foundations, and is run by Headwaters Economics and Wildfire Planning International. The organization focuses particularly on protecting the wildland-urban interface where human habitations are sparse but increasing numbers of built structures can serve as fuel that can help wildfires spread. Since its founding in 2015, CPAW has helped 18 cities and towns develop plans to limit fires and reduce property damage by creating “defensible spaces” – areas cleared of vegetation and other flammable materials as well as paths that firefighters can use to fight approaching fires.

Similiarly, in Boston, Neighborhood of Affordable Housing (NOAH), a community development corporation in the city’s East Boston neighborhood, used funding from the Kresge Foundation to launch ClimateCARE (Community Action for Resilience Through Engagement). The effort, which focuses on near-term needs related to energy efficiency, disaster emergency planning, and social resiliency is trying to help residents prepare and plan for the impacts of climate change, which could be significant because much of the neighborhood is built on landfill in Boston Harbor. One notable part of this effort is a “Basement Cleanup” program, which helps residents remove clutter, minimize the risk of toxic leaks, prevent safety and health threats, and safely store sentimental and important objects. Building in part on this work, the City of Boston announced last fall that it was taking steps to protect East Boston and nearby Charlestown from current and future flooding as a result of climate change.

A fourth notable example that addresses the mitigation of climate change is Boulder, which in 2007 became the first city in the nation to have a voter-approved tax dedicated to addressing climate change. The Climate Action Plan (CAP) tax is levied on electric bills. Rates vary for residential, commercial, and industrial users; the average annual tax is $21/year for residential users, $94 for commercial accounts, and $9,400 for industrial users. Although the revenue funds many programs, one program of note is EnergySmart, an energy-advising service and rebate program for residents who make energy efficiency investments. Over 9,700 households in Boulder have participated in EnergySmart since its inception in 2010. The City of Boulder estimates that it has avoided the release of more than 50,000 metric tons of emissions between 2007 to 2015 as a result of CAP-funded programs, which has allowed the community to hold emissions constant amid population and economic growth.

While these efforts are notable, they can be difficult to implement, costly, and, at times, controversial. For example, mitigation plans are critiqued for reducing greenhouse gas emissions in one region but offset by increased or stagnant emissions in another locality. Further, many local decision-makers are hesitant to invest in preparing for risks when they face immediate challenges with limited budgets. However, prevention is likely to be more cost-effective than re-building and mitigation and adaptation projects can help communities avoid the costs associated with natural hazard disasters and devastation. Mitigation and adaptation initiatives may also offer promising opportunities to create local jobs, support emerging industries, and help build more inclusive and resilient communities. Given the gridlock at the federal level, such local initiatives may continue to be at the cutting edge of climate-change policymaking in the US for some time to come.