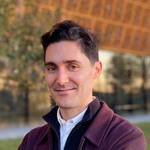 Thomas was a PhD Candidate in Urban Planning at Harvard’s Graduate School of Design. His doctoral research examined the history of data, statistical analysis, and computing in the real estate...

Home Prices Rose Fastest in Communities of Color During the Pandemic

Home prices across the US rose significantly during the pandemic, bolstered by historically low interest rates, strong demand, and the tightest supply conditions seen in 40 years. Rapid price appreciation has been widespread, but especially in communities of color (zip codes where at least half of residents are people of color) and majority-Black neighborhoods. Behind this higher-than-average growth, however, lies a more complex story: even while this was happening, prices were also more likely to fall in communities of color.

According to our tabulations of Zillow data, typical home values rose 8 percent annually in December 2020, up from 4 percent the year prior and climbing to just over $266,000. Home price growth was widespread and robust across much of the country. From December 2019 to 2020, nominal home values increased in 92 percent of the 30,000 zip codes tracked by Zillow (which contain 99 percent of the nation’s population). One third of zip codes experienced especially rapid home price growth of 8 percent or more, including over half of zip codes that are communities of color. On average, home price growth in communities of color outpaced less diverse zip codes as well over the past year. Typical home values in December rose 9.3 percent on average in communities of color—including 10.3 percent in zip codes where a majority of the population is Black—compared with 6.6 percent in neighborhoods where at least 90 percent of the population is white (Figure 1).

Figure 1: In 2020, Home Prices Rose Fastest in Communities of Color

Notes: Data are for zip codes and population weighted. Recent monthly data are subject to revision.

Communities of color tend to have other distinguishing characteristics relative to majority-white communities. In the nation’s larger markets, for example, communities of color tend to have higher-than-average population densities, lower median incomes, lower home values, and a lower rate of homeownership than the metro area as a whole. Some of these characteristics—namely lower incomes and home values—have also been associated with higher home price growth since March 2020. For instance, home prices also rose faster than average in lower-income neighborhoods.

In some of these neighborhoods, home prices remain underwater relative to the peaks attained in the mid-2000s. Of the 18,000 zip codes where Zillow has home price data going back to 2004 (which covers 83 percent of the nation’s population), roughly one-fifth (19 percent) had typical home values below the peak of the mid-2000s. Among communities of color, over a quarter (26 percent) had prices below last decade’s peak (Figure 2). The rate is even higher—36 percent—among the 616 communities that are majority Black. This partly reflects a more severe downturn in prices in communities of color following the crash; indeed, those communities had year-over-year price declines approaching 15 percent on average in early 2009, compared with an average of 10 percent nationwide.

Figure 2. Communities of Color Are More Likely to Have Home Values Below Prior Peaks

Notes: Data are for zip codes with prices dating back to 2004, which account for 83 percent of the nation’s population. Recent monthly data are subject to revision.

Home prices have risen rapidly across most of the country since the start of the pandemic, with even greater appreciation on average in communities of color and majority-Black neighborhoods. Despite faster average growth, home prices continued to decline in a disproportionate share of these zip codes. Looking ahead, both stagnating home prices and extreme price volatility might compound the challenges faced by communities of color, and Black communities in particular, in building wealth.