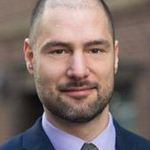 Fifty Years After the Fair Housing Act was Passed to Combat Segregation, We are Still Struggling to Find the Will to Implement It

In the third set of papers from the Joint Center’s A Shared Future symposium, published last week, researchers familiar with three cities were asked the question, “What would it take to make new and remake old neighborhoods so that regions move decisively toward integration?” Ultimately, the underlying answers—reducing income inequality, combating both institutional and individual racism—are social. But as land-use planning has been used as a main tool for both creating and maintaining segregation and housing discrimination, it seems evident that the implementation of solutions could go through this same route.

From this perspective, all respondents identified a similar problem that keeps their regions segregated: too much control of land-use on a local level and not enough on a regional or state level. Marisa Novara and Amy Khare, when talking about Chicago, write that, “If the goal is more integrated communities… land use decisions cannot be concentrated solely in the hands of local actors.” Willow Lung-Amam notes that the policies which directly encourage integration—such as fair share policies around subsidized housing—are “likely to face fierce opposition” on the local level. And William Fulton observes that while Houston is a bit different, with its lack of zoning, this does not necessarily shift the land-use control balance. Indeed, instead of zoning restrictions, local communities simply switch to restrictive deed covenants, historic district designations, and minimum lot coverages to limit development, while the lack of zoning means that Houston and surrounding jurisdictions cannot leverage the power of zoning via policies such as inclusionary housing requirements.

With the problem identified, it would seem that solutions proposed would seek to challenge it. But this is where the authors take a small fork in the road. Instead of answering the “

what would it take?”question, they all answer “what can we do?” After acknowledging the political infeasibility of anything that would seriously challenge the institution of local land-use controls, they all present a series of various granular technical fixes, such as adjustments to determining awards of Low-Income Housing Tax Credits, easier permitting for accessory dwelling units, enforcements of fair share allocations financing for vacant home rehabilitation, housing voucher portability, funding for anti-displacement programs, and using the various governmental points of leverage to require more affordable housing. Rolf Pendall, in his summary, notes that the targeting of these solutions reflects the political fragmentation of a particular region, with most emphasis on the places where these incremental changes would impact the largest number of people. He describes this underlying principle as a decision to “focus energy for political change where the payoff is greatest.”

But are we focusing our energy this way when we write off serious change at the metropolitan, state, or even federal level? All of the solutions proposed are essentially extensions of policies that exist, to one degree or another, in other places in the United States. Yet none—either in combination or individually—have been shown to move a region “decisively toward integration.”As Douglas S. Massey and his colleagues have documented, virtually every major metropolitan region in the country still suffers from unacceptably high levels of residential segregation, in most cases only seeing modest improvements since the passage of the Fair Housing Act. Neighborhoods—whether in places with or without these policies—stay segregated, and when they are integrated it’s generally just a waystation on the road from one type of segregated neighborhood to another. It’s clear that the way forward is something new and large (and likely disruptive and politically contentious) that would weaken local land-use control and enable larger entities like state governments or regional planning bodies to provide real housing choices and combat segregation.

Implicit in this is the idea that the interest in maintaining segregation lies with individual localities, but that the sum of the localities (in the form of metropolitan regions or states) are invested in combating it. While not discounting the fact that many people say they desire integrated neighborhoods in the abstract while opposing them in their own community (something anyone who has ever attended a local zoning meeting in an exclusionary area can attest to) the math is obvious. Opposition is concentrated in localities with a minority of the population, and this opposition is the roadblock to creating truly integrated regions.

This is a something that can be overcome. Surrendering to a powerful and vocal minority is the action of a weak and disinterested majority. And despite the benefits of neighborhood integration—such as better educational outcomes for all students—this unwillingness to seriously challenge residential segregation has persisted, especially among the white majority that has not borne the brunt of its negative effects.

But this may be starting to change. The idea that local land-use control is sacrosanct is coming under question. For instance, a serious challenge came earlier this year when California State Senator Scott Wiener, a San Francisco Democrat, introduced California Senate Bill 827, which would essentially override local zoning by requiring municipalities to put a floor on the size of developments permitted near transit. While unlikely to pass in its current form, the bill, which has two cosponsors, is already gathering significant political support around the state and interest across the country. This bill is far from a complete mechanism to combat residential segregation.  It does not directly address racial segregation (and there are even concerns that it will negatively impact historically minority neighborhoods neartransit) and is mainly lauded for its potential impact on housing supply and the environment, not segregation. But it would allow more housing in many exclusionary municipalities with the infrastructure to support it, and it does show the ability to use a tool—direct state overrides of exclusionary zoning practices—that we seem to purposefully leave in the toolshed.

Ultimately, and sadly, we do not yet have any real tool that will move any metropolitan region decisively toward integration—at least not any tool we’re willing to use to its full effect. But hopefully, we are at the place where that may start to change. In many ways, we are at a point similar to the beginnings of the civil rights movement, which succeeded in overcoming the unwillingness of a larger political entity (the federal government) to use its power to override the racist practices of smaller political entities. And recent tentative steps, geared at slightly pushing the envelope of the politically possible—such as the Obama-era HUD’s Affirmatively Furthering Fair Housing (AFFH) rule and the increasing willingness of at least a few states to explore overrides of municipal zoning control—in some ways mirror the early civil rights bills of the 1950s. In moving forward, we should look back on what moved us from these tentative steps in the 1950s toward the broad ones of the 1960s, mainly the organization, enfranchisement, and political power that the civil rights movement produced, and see how we can recreate it for modern times. Without this, “what will it take” and “what can we do” will stay questions with different answers.