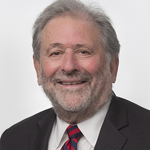 Like cicada swarms, presidential commissions and federal initiatives to eliminate local barriers to housing development have a certain temporal cadence. By my accounting, there have been at least five such efforts over the past fifty years put in motion by both Democratic and Republican administrations. Though their respective contexts may vary according to the political economy of the time, their centers of gravity are strikingly similar. Each is based on the proposition that unnecessary and exclusionary land use regulations drive up production costs and drive down housing supply, worsening an already severe affordability crisis, with the latest entry being President Trump’s White House Council on Eliminating Regulatory Barriers to Affordable Housing, created by executive order in June 2019. Chaired by U.S. Department of Housing and Urban Development (HUD) Secretary Ben Carson, the Council has twelve months to complete the reconnaissance part of its work, and a final 18 months to wrap up its policy recommendations.

Though the outcomes of the Carson Council should not be prejudged, it is worth noting that previous federal efforts to address regulatory barriers have resulted in more talk than action, in failed modest spending measures, and in dead-end legislative proposals. In my inaugural Industry Perspectives paper, Eliminating Exclusionary Land Use Regulations Should be the Civil Rights Issue of our Time, I argue that one reason for our ineffectiveness is consistently underestimating the national implications of exclusionary land use regulation. The predominant policy view remains that the most effective levers for addressing regulatory barriers to affordable housing reside in the hands of governors, mayors, and other local officials, and I cite several recent state and local zoning reforms that have the potential to make significant local impacts. This patchwork of local innovations is welcome and important, and we should encourage more of the same. But focusing exclusively on isolated local reforms fails to recognize that the collective impact of decades of layering exclusionary zoning and land use controls is not just higher housing prices. These regulations are also a powerful contributor to declining rates of economic mobility and productivity growth, and widening disparities in the wealth of white and black Americans. While having local roots, exclusionary land use practices have clearly become a national problem requiring bold national action, including enactment of a national economic fair housing law to complement the existing Fair Housing Act. Indeed, we should make remedying these problems a national civil rights cause. Consistent with Richard Rothstein’s argument in The Color of Law, we have a “constitutional obligation to remedy de jure segregation in housing.”