Maria Atuesta is a PhD candidate at the Harvard Graduate School of Design and recipient of an SRSP grant from the Joint Center for Housing Studies. Her research examines resettlement experiences of... 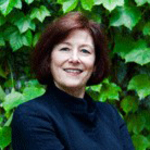 Diane Davis is the Charles Dyer Norton Professor of Regional Planning and Urbanism and Chair of the Department of Urban Planning and Design at Harvard’s Graduate School of Design. Before to moving to...

Around the world, mayors and other urban officials confront significant obstacles when they try to use investments in social housing to help make their cities more inclusive and compact. In a new working paper, we document the challenges to Bogota Mayor Gustavo Petro’s ambitious housing plans, with a particular focus on the design and implementation processes that stymied his efforts to produce a more just, sustainably compact, and socially mixed Bogota.

A former member of the M-19 radical movement, who had turned to electoral politics and served in the national legislature, Petro came to office in 2012 with an ambitious urban agenda. His comprehensive plan for the city called for at least one extremely low-income housing complex less than 20 minutes away from every housing unit or residential building in the city, particularly in its middle- and upper-class central areas. Moreover, he sought to begin construction work on six such projects within the first few months of his administration.

However, when he left office four years later, only one of six targeted projects had been completed. Predictably, all the projects had generated substantial opposition from affluent residents who had the resources and political connections needed to stop planned projects in their communities. Neighborhood opponents were aided by the fact that they were able to make common cause with powerful people who opposed other aspects of the mayor’s progressive agenda. But Petro also made some strategic errors that limited his capacity to realize these ambitious goals.

Although he initially was able to get the country’s powerful housing minister, a leading politician, to support his plan, due to petty conflicts that alliance quickly ended. The break made it even harder for Petro’s administration to navigate the complex web of political alliances, regulatory procedures, and legal frameworks that could advance progress on six simultaneous housing projects. In addition, residents of Plaza de la Hoja, the single social housing complex that was built, were themselves critical of the project’s design and amenities, which further undermined enthusiasm for the mayor’s plans. Although La Hoja’s design was intended to advance the comprehensive planning ideals of an open and car-free city, this objective clashed with the daily priorities and personal lifestyles of those who were slated to live in the new units. Low-income residents’ own aspirations for social mobility, security, and life without stigma were not readily accommodated by the project’s design. The Petro administration’s failure to hold community meetings or to convene pre- and post-construction sessions to discuss these concerns with residents allowed these antagonisms to intensify.

What might social housing policy advocates (in Bogota and elsewhere) learn from the Petro Administration’s experiences? First and foremost, city authorities must be prepared to continually marshal resources and expand networks of social and political support, particularly when realizing a comprehensive plan that requires a range of projects, each with its own design logic and implementation obstacles. All involved must be prepared to consider the fact that local project goals are always not reducible to larger city goals, and vice-versa. Second, designers, planners, and city authorities should consider that residents might find fault with a given project, even if they are grateful for the housing opportunities offered, and even if these projects are undertaken with a commitment to lofty city-wide goals such as equity, compactness, and sustainability. In fact, authorities should anticipate opposition to projects and plans even when the rationale is well justified by planning and design professionals. Lastly, social sensitivity and responsiveness to residents’ context-specific demands both before and after project completion is crucial to avoid dissatisfaction that can call into question comprehensive planning aims. This is especially so in the context of efforts to advance ambitious plans for progressive urban change. Even if the realization of city-wide comprehensive plans remains elusive, using basic planning principles to ensure that a few good projects are successfully completed will go a long way in laying the groundwork for incremental change.