Shannon Rieger was a Research Assistant at the Center, who worked on issues related to homeownership, housing affordability, and community development.

Are Integrated Neighborhoods Becoming More Common in the United States?

The share of the population living in racially and ethnically integrated neighborhoods in the US has increased since 2000, according to our new Joint Center research brief. However, most Americans continue to live in non-integrated neighborhoods, and evidence suggests that some of the recent increases in integration may be the temporary byproduct of gentrification and displacement.

The new brief, “Patterns and Trends of Residential Integration in the United States Since 2000,” assesses whether the nation’s increasingly diverse population is fostering the growth of integrated neighborhoods or whether the choices people make about where to live are reinforcing existing lines of segregation and exclusion. Specifically, we use data from the 2000 Census and the 2011-15 American Community Survey (the most recent data available at the census tract level) to describe the number, stability, and characteristics of integrated neighborhoods.

Similarly, the number of “shared neighborhoods” increased from 16,862 tracts in 2000 to 21,104 tracts in 2011-15, and the share of the US population residing in “shared” tracts increased from 23.9 percent in 2000 to 30.3 percent in 2011-15. These figures are higher than the estimates for “no-majority” tracts, reflecting the broader definition of integration used to define “shared neighborhoods.” Nonetheless, both definitions show increases in integration between the 2000 Census and the 2011-15 ACS. 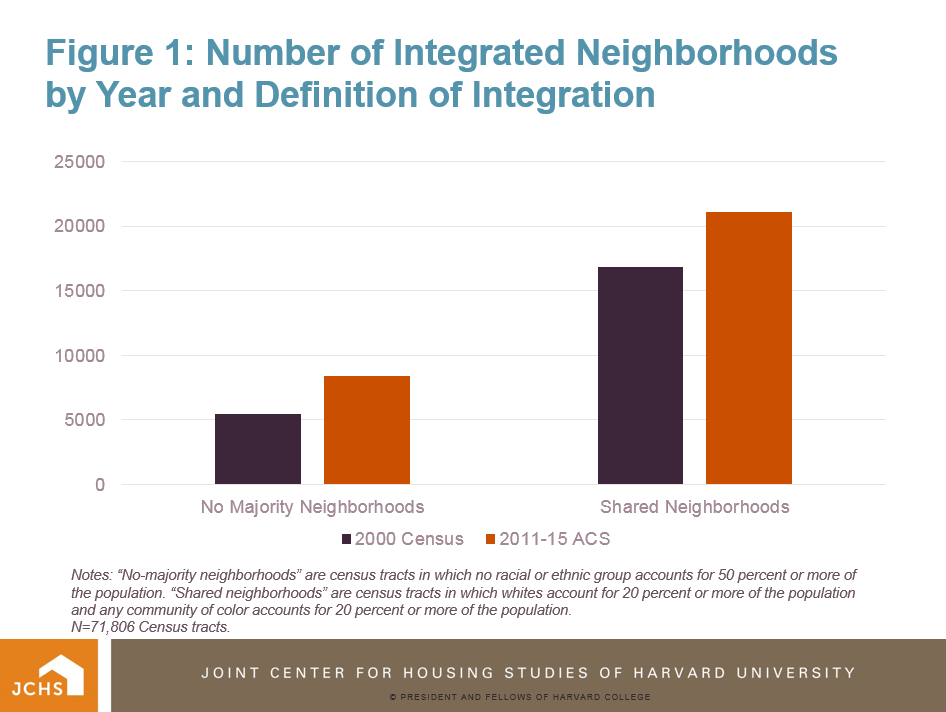 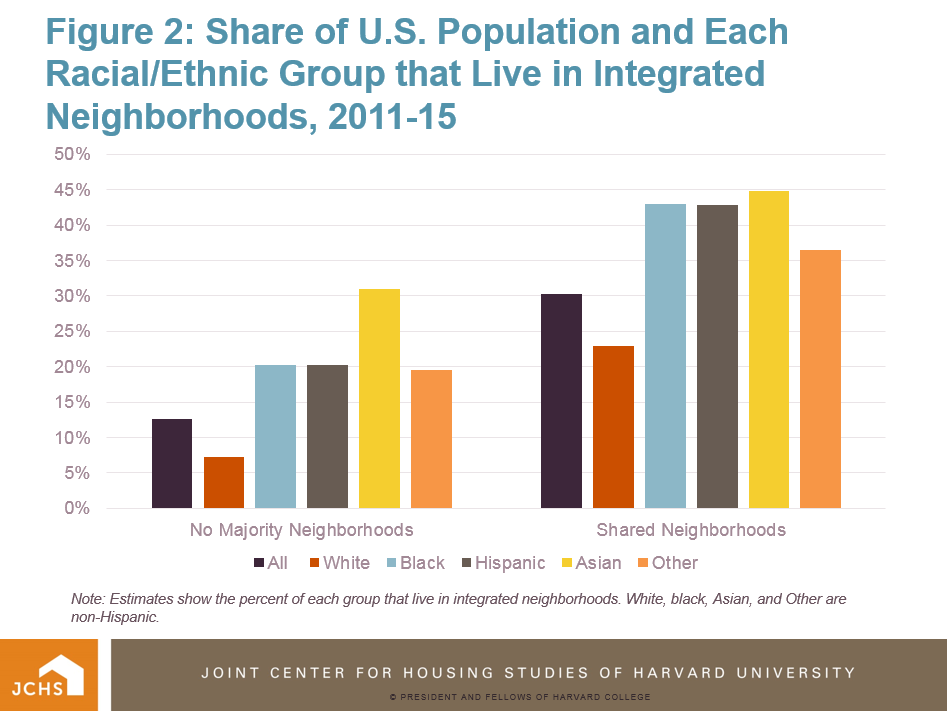 Note: Estimates show the percent of each group that live in integrated neighborhoods. White, black, Asian, and Other are non-Hispanic.

Second, integrated neighborhoods remain the exception rather than the rule in the United States. The 2011-15 ACS shows that fewer than one in three Americans lives in a shared neighborhood, with just 12.6 percent living in “no-majority neighborhoods.” As the country moves toward a population in which people of color are projected to be a majority by the middle of the century, further growth will be necessary for such changes to produce a more inclusive society.