Sard rejoined the Center as Vice President for Housing Policy in 2011 after 18 months as Senior Advisor on Rental Assistance to HUD Secretary Shaun Donovan. She previously held the director's position at the Center between 1997 and 2009.

Sard is frequently cited in media outlets, including the Washington Post, The New York Times, NewsHour with Jim Lehrer and the Associated Press.

She has written extensively on welfare, homelessness and housing issues and is considered a leading expert on the housing voucher program, rental assistance, and issues concerning the intersection of housing and welfare policy.

Prior to working at the Center, she was the Senior Managing Attorney of the Housing Unit at Greater Boston Legal Services, where she worked for more than 19 years. Sard has a B.A. in Social Studies from Radcliffe College/Harvard University and a J.D. from the Harvard Law School. 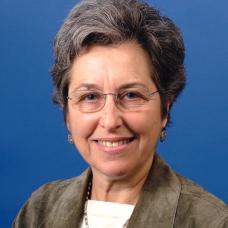 The three papers from the rich and provocative A Shared Future symposium that focused on what it...